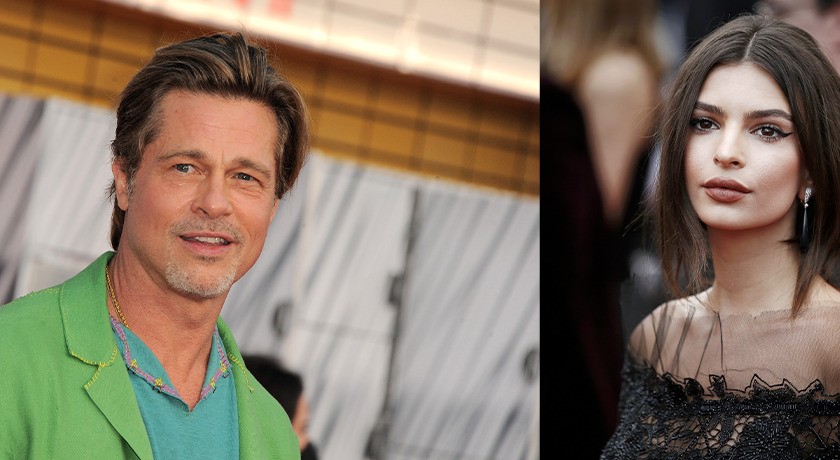 Brad Pitt has recently been linked to newly-single Emily Ratajkowski.

According to an article by E News, the actor and the supermodel have been spending “casual and friendly” time together.

Ratajkowski recently divorced ex-husband Sebastian Bear-McClard after four years of marriage. According to PageSix, McClard allegedly cheated on Ratajkowski which led to the divorce.

Ratajkowski has been spotted having dinner with Pitt and his children in New York City. Per E News, witnesses said it “looked like a date.”

Along with Angelina Jolie and now Ratajkowski, Pitt has a star-studded lineup of past relationships. Before Jolie, Pitt was married to actress Jennifer Aniston for five years. He was also engaged to Gwyneth Paltrow and dated Christina Applegate and Juliette Lewis.

According to an article by PEOPLE, Pitt claims that the information about his relationships online are mostly false.

“I stopped reading all press about 2004. Not just reviews. I mean any magazine in the doctor’s office,” he said. “I don’t go out of my way to avoid it; I just don’t seek it out. I don’t know how many women they’ve said I’ve been dating the last two or three years, and none of it’s true.”

Rumors surrounding retirement have also been looming around Pitt after he said he is on the “last leg” of his career in a recent GQ interview. However, according to an article by Yahoo News, Pitt has no plans to retire.

“I know, I really have to work on my phrasing, no, I was just saying, you know, I’m, like, past middle age [and] I want to be specific how I spend those last bits, whenever they may be,” he said in an interview during the Bullet Train premier.

Per an article by Cinema Blend, Bullet Train, Pitt’s latest movie, premiered on August 5th, 2022. His next movie, Babylon, is set to premier in theater on January 6th, 2023. Margot Robbie will star alongside Pitt in this 1920s Hollywood drama.