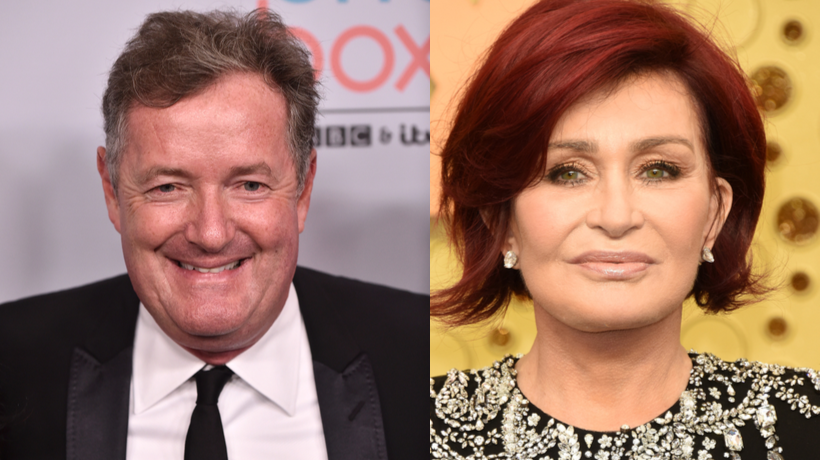 CBS daytime talk show The Talk is taking a hiatus. The show is breaking in order to review a tense exchange from a March 10 episode in which Sharon Osbourne fiercely defended her friend and fellow former America’s Got Talent judge Piers Morgan after his controversial comments about Meghan Markle.

Morgan, a vocal critic of the Duchess of Sussex, came under fire for comments he made on Good Morning Britain about Markle’s candid March 7 interview with Oprah Winfrey, in which she spoke about her mental health struggles, including suicidal thoughts. Morgan slammed the former Suits star, saying, “I wouldn’t believe her if she read me a weather report, and the fact that she’s fired up this onslaught against our royal family, I think is contemptible.”

Sharon defended Piers on The Talk, upsetting her co-host Sheryl Underwood, who accused her of giving “validation” to Piers’ stance on the Duchess by publicly supporting him.

Said Sharon, “I very much feel like I’m about to be put in the electric chair because I have a friend, who many people think is a racist, so that makes me a racist?”

An insider for The Talk told E! News that the exchange was very upsetting for those who worked at The Talk.

“Several employees reached out to HR after Wednesday’s show because of the way Sharon Osbourne handled the conversation,” the insider claimed. “Sharon’s defense of Piers Morgan felt like a triggering moment and it was very difficult for many of the staff to watch.”

At the time, CBS told E! News in a statement, “We are committed to a diverse, inclusive, and respectful workplace. All matters related to the Wednesday episode of The Talk are currently under internal review.”