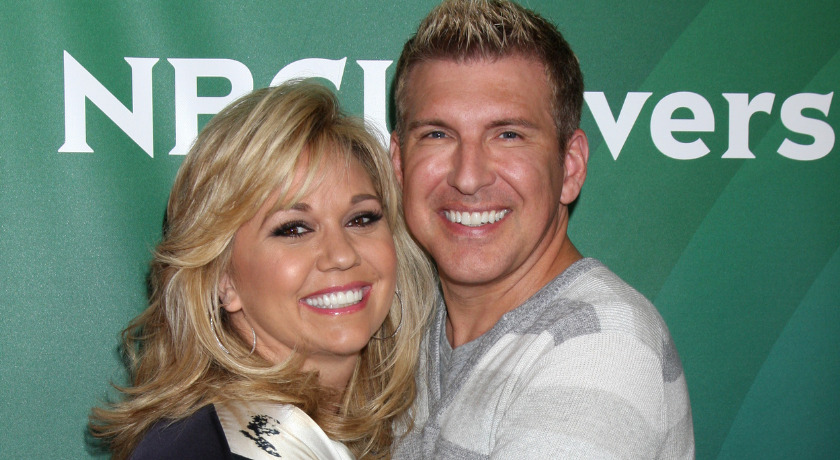 Todd Chrisley is now interned at the Pensacola Federal Prison Camp, widely regarded as the “second-cushiest” minimum security prison in the U.S..

Pensacola is a stand-alone prison, located nearby to a Federal Air Force base. The guards work exclusively at that prison and are not transferred back-and-forth from “tougher” prisons and inmates exhibiting good behavior are often allowed to do chores for the Air Force base. Between work-excursions, a well-stocked recreational program, and consistent weekend visits, FSC Pensacola is often compared to a summer camp.

It was originally reported that Julie Chrisley would be sent to the Marianna Federal Prison camp, also located in Florida, but was reassigned to the Federal Medical Center in Lexington, KY. FMC Lexington is a co-ed facility and also rated as minimum security. Sources are not reporting why the 50-year-old was rerouted to a prison hospital, but Todd was quoted saying, “Neither of us is dying of cancer, that we know of.”

For fans of the famous couple, this comment is not without foundation. Julie Chrisley received treatment for breast cancer in 2012. She told People in 2022 that her doctors have cleared to stop taking cancer medication, after a double mastectomy and a decade of remission. Chrisley announced on her podcast, last March, that the medication was affecting her memory and metabolism, saying,

“It’s [memory loss] been a direct result of having the hysterectomy and the medication. I remember season one of Chrisley Knows Best, I literally spent the entire season searching for my phone, because I would lay it down, and I couldn’t find it.”

For any readers concerned about Julie’s health, Insider reached out to a spokesperson for the Bureau of Prisons, who says there are plenty of non-medical reasons Julie might be headed to Kentucky, including the level of security, programming needs, and proximity to the release residence or a court.

The Chrisleys are set to spend a combined 19 years in prison, with seven years for Julie and 12 years for Todd. They were arrested on charges of tax evasion and bank fraud.