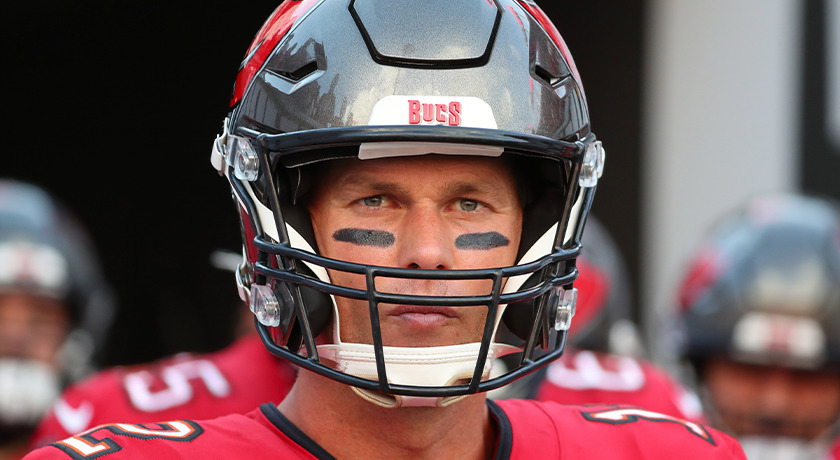 Tom Brady, 45, regarded to most as one of the best NFL quarterbacks of all time with seven Super Bowl victories with both the New England Patriots and Tampa Bay Bucaneers, has had quite the eventful year, on and off the field.

The 22-year veteran had announced his retirement from the NFL earlier this year in February. This decision didn’t last long, however, as barely a month later, he opted to remain in the league. This would ultimately be the start to a very rocky year for the 14-time Pro-Bowler.

Brady’s decision to stay in the league would lead to further troubles at home. Brady has 3 children: his son John, whose mother is Brady’s ex Bridget Moynahan, and a son (Benjamin) and a daughter (Vivian) whom Brady had with, now ex, Gisele Bündchen. Gisele and Tom had been married 13 years before finalizing their divorce in late October.

Gisele was outspoken about her discontent with Brady’s decision to unretire, stating, “this is a very violent sport, and I have my children and I would like him to be more present…I have definitely had those conversations with him over and over again,” per Elle Magazine. The ex couple agreed to joint custody and both want to still be involved in each of their childrens’ lives.

On top of the divorce, Brady is facing lawsuits for his endorsement of the cryptocurrency exchange, FTX, that earlier this year filed for bankruptcy. Brady’s endorsement persuaded a lifelong Patriots fan to take $30,000 he had previously invested in a different cryptocurrency, and invest it into FTX.

And if that was enough, Brady’s football season is not going according to plan either. In his two-decade long career, Brady has never gone a season (as a starting quarterback) with more than 6 losses. This season the team stands at 6 wins and 7 losses…and there’s still a few weeks to go. As is the case with anyone who has a job, personal issues can affect their performance in the workplace, and I think it’s safe to say that Brady is struggling.