Tom Hanks and Rita Wilson: The Secrets to Making it Last 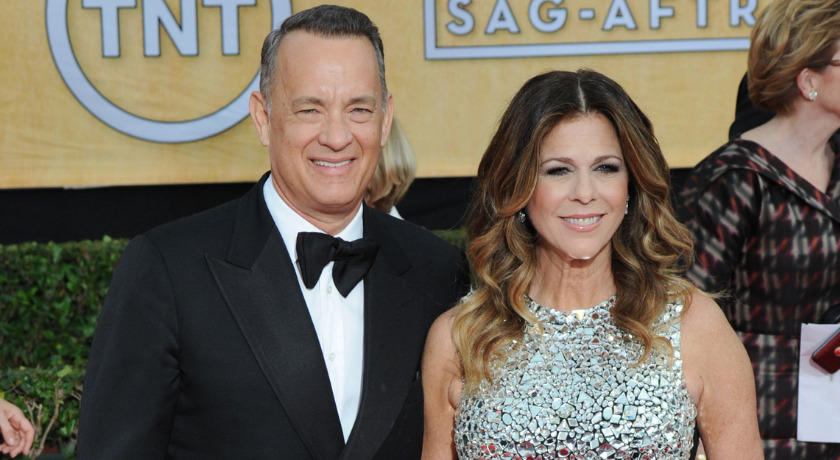 Their relationship seemed to have happened thanks to timing and has continued to work and grow because of their shared interests and strength in communication.

Tom and Rita first met in 1981 on the set of Bosom Buddies, a sitcom in which Hanks starred in and Wilson made a guest appearance in one episode. At the time, though, Hanks was still married to his college sweetheart, Samantha Lewes, and shared two children together, Colin and Elizabeth.

Hanks and Lewes split up sometime between 1985 and 1986 before their divorce was finalized in 1987. Tom has since admitted that the timing wasn’t right between him and Lewes and he reflected on the fact that he may have been too young to marry the first time.

“I was just too young and insecure for marriage. I was 23 and my son Colin was already two when I married for the first time. I was not really ready to take on those responsibilities.”

In 1985, Tom and Rita were reunited as leading roles (acting as each other’s love interests) in the film Volunteers, in which Tom recalls feeling an immediate spark.

“Rita and I just looked at each other and – kaboing – that was that. I asked Rita if it was the real thing for her, and it just couldn’t be denied.”

They married 3 years later and welcomed two sons within the following 7 years – Chet in 1990 and Truman in 1995.

Tom and Rita continued to strengthen their bond by engaging in their shared interests together, whether it was acting, producing, or even something as simple as making soup together.

The two starred alongside one another in the movies, The Bonfire of the Vanities and Sleepless in Seattle in the 1990s. Hanks also directed the movie, That Thing You Do! In 1996 in which Rita played the leading role.

Hanks co-founded the film and TV production company Playtone in 1998, a company Rita is now CFO of, as well. Together they produced movies such as Mama Mia!, Mama Mia! Here We Go Again, Big Love, and the My Big Fat Greek Wedding movie franchise.

Outside of Hollywood, the couple also enjoys cooking together when they have free time.

“We make soup together,” Hanks told ET in 2019. “Like, if we have a day off and there’s nothing going on…it takes about two to three hours.”

Amid them testing positive for COVID-19 in 2020 (being among the first celebrities to have suffered the illness), they were preparing to celebrate their 32nd anniversary.

“Their plan is to enjoy their favorite wine and create a lovely dinner together.,” a source told ET about their anniversary. “They both love to cook.”

“Tom and Rita get so excited about their anniversary because it’s a reminder to them that they are blessed to have found a lifetime partner,” the source added. “Their friends always say, ‘They just both feel lucky to have each other.’”

Hanks said that his experience filming for A Beautiful Day in the Neighborhood, a biopic in 2019 in which he played the leading role of Mr. Rogers, made him realize the influence the late children’s show host had on him and how he handled troubles in life, particularly in relationships.

“When my wife and I are going at it on those rare occasions,” he said to ET, “when she is letting me know that I’m not really listening to her and I’m trying to establish what the ground rules are [for the argument], when we’re going at it like that, one of us will say, ‘Well, you know what? You know what, honey? It’s good to talk. It’s good to say the things we feel. And I learned that from Mister Rogers.”

Tom and Rita celebrate 35 years this April and hopefully 35 more as they are a perfect example of how to make it work in Hollywood.