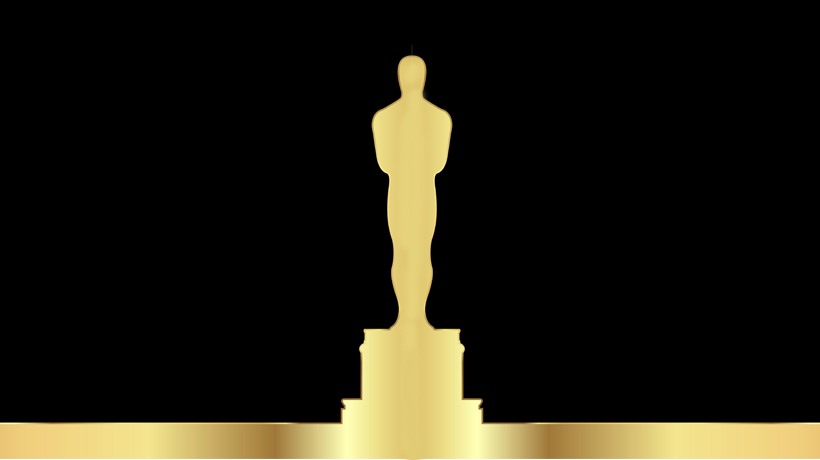 The season of film awards unofficially ends with the Academy Awards ceremony, which airs live on February 24, 2019 this year. And while there are a number of other film award shows, we’ve put the most cultural stock in the Oscar nominations. When an awards-season favorite doesn’t receive a coveted Academy Award nomination, fans consider it a snub — even if it wins a number of other awards throughout the season.

Here are the movies, directors, and actors who should have earned nominations, either because of the awards-season momentum they already had or because of their underrecognized talent.

Much of this plot savors the quiet moments of romantic and familial love, and making those slow moments of affection as powerful as the high-energy confrontations with corruption showcases Jenkins’ dominance as a director.

Bradley Cooper’s directorial debut changes the focus of the fourth A Star Is Born away from the actual “star” in the film — in this case, Lady Gaga’s Allie. Unlike the predecessors from which this film was adapted, 2018’s A Star Is Born is less about the shifting power dynamics of gender and fame and more about the tragedy of addiction (and the addiction of tragedy).

As a director, Cooper illustrates the multifaceted nature of depression and substance abuse. Although the film received a number of other nominations, Cooper’s directorial attention to subtlety should have been recognized.

Toni Collette, Hereditary: Best Actress
With the sci fi film Arrival’s and this year’s Black Panther’s nominations, the Academy is ever-so-slowly experimenting with rewarding genres other than drama and dark comedy. Even so, they still have a long way to go, and the dismissal of the horror film Hereditary is evidence to that case.

Because of this, Toni Collette’s powerhouse performance as the matriarch of a grieving family in Hereditary was beloved by critics but ignored by the Academy. Her visceral journey from grief to incredulousness to hysterics was arguably the best female performance of the year.

Emily Blunt, A Quiet Place: Best Supporting Actress
Another inventive horror film neglected by the Academy, one of the best parts of this film is Emily Blunt’s nearly silent performance. If an actress can convey a story in a nearly dialogue-free role without comically mugging it for the camera, she’ll accomplish an enormous feat (see Sally Hawkins in The Shape of Water for another impressive example).

Blunt portrays one of the most intense childbirth scenes in cinematic history here, and although there was some initial Oscar buzz for her role as Mary Poppins, her part in A Quiet Place is her best role from 2018.

Joaquin Phoenix, You Were Never Really Here: Best Actor
You Were Never Really Here is unsettling and hard to watch, and Joaquin Phoenix’s performance is one of the main reasons for that. The audience doesn’t know what to do with the complexity of mental illness shown onscreen, and neither does Phoenix’s character. Imitating a well-known figure like Freddie Mercury or Dick Cheney is impressive, but creating a believable character with unimaginable intricacy like Phoenix did is its own accomplishment.

Timothée Chalamet, Beautiful Boy: Best Supporting Actor
After receiving nominations for eight other major film awards, including the Critics Choice Awards, the Golden Globes, and the SAG awards, Chalamet’s Oscar snub left us scratching our heads. And with only so-so performances like Adam Driver in BlacKkKlansman and Sam Rockwell in Vice receiving Academy nods, the newest darling of teen magazines should have at least had a nomination.

Black Panther: Adapted Screenplay
We’re glad the ingenious Black Panther scored some Academy love for Best Picture, but the best part of this superhero film is its cutting-edge screenplay. Falling into the same superhero tropes would have been so easy for this installment in the Marvel cinematic universe. Instead, it somehow tackles motifs like self-determination, colonization, nationalism, and the African diaspora without feeling too loaded.

It had a terrifying villain that made audiences say, “Hmm, he actually has a point,” and it was somehow even more feminist than Wonder Woman. These themes resonated with audiences much more than your average punchy-punchy action film, and they all stem from the screenplay. Plus, some of the most quotable quips from the film (“What are those?!”) were thanks to great writing.

The Favourite: Makeup and Hair
This period piece from Yorgos Lanthimos deservedly has a number of other Academy Award nominations, and it likely won’t go home completely empty-handed. Still, The Favourite stood out for its storytelling told through the over-the-top hair and makeup assigned to the male characters.

This film explores the pursuit of power among women in a historical period dependent on the patriarchy. Giving blotchy, buffoonish rouge and sky-high wigs to the men deliberately makes the audience dismiss them in favo(u)r of the women, underlining that the real battle for regency is between three female powerhouses.

Annihilation: Sound Mixing
Very few filmgoers could honestly say they understood Annihilation’s ending, but there was no mistaking the feeling of apprehension once the characters entered the mysterious bubble called the Shimmer. Part of this was thanks to the sound design.

There are creatures with blended, otherworldly sounds that create a sense of dread. At the risk of spoilers, we’ll just say that the scene with the bear is the best example of this year’s sound mixing.

Won’t You Be My Neighbor? Best Documentary Feature
Part of what makes the Oscars so culturally important is that we assume the winners represent the current zeitgeist. Mrs. Miniver, Casablanca and The Best Years of Our Lives are all Best Picture winners that were released between 1942 and 1945 that dealt with the consequences of World War II on individual citizens, and 2015’s Spotlight braved the controversial cover-up from the Catholic church of priests’ sexual assault.

That’s why the Mr. Rogers documentary Won’t You Be My Neighbor? is a surprising shut-out from the Academy Awards. This surprise hit inspired viewers to approach the world with kindness and understanding in a climate of political and societal dissent. No other film truly represented the spirit of 2018 like this one.

If Beale Street Could Talk, Hereditary, Annihilation: Best Picture
When we talk about snubs, we often forget that great films may have simply been bumped out by even better films. However, the Academy can nominate up to 10 films for Best Picture and only end up with eight. Granted, the convoluted rules for nominations may not always accurately reflect the Academy’s wishes, but even if all 10 spots had been filled, these three films should have been recognized over a couple of other 2019 nominations.

Most of Hereditary’s horror doesn’t come from the supernatural, but rather, the fear of grief and the desperation to readjust family life after tragedy. Hereditary slowly evolves its genre, and in doing so, defies filmic complacency.

The intellectual film Annihilation isn’t accessible to all audiences, but it challenges viewers to recognize ideas of self-destruction in an abstract way.

And before If Beale Street Could Talk even premiered, critics predicted this film would be an Oscar contender. For this delicate, emotional film to not even receive a nomination is the most shocking snub of the year. Beyond the anticipation, this sweet and provocative film makes a good case for a Best Picture win.