Signs of Crohn's Disease Every Woman Should Know About 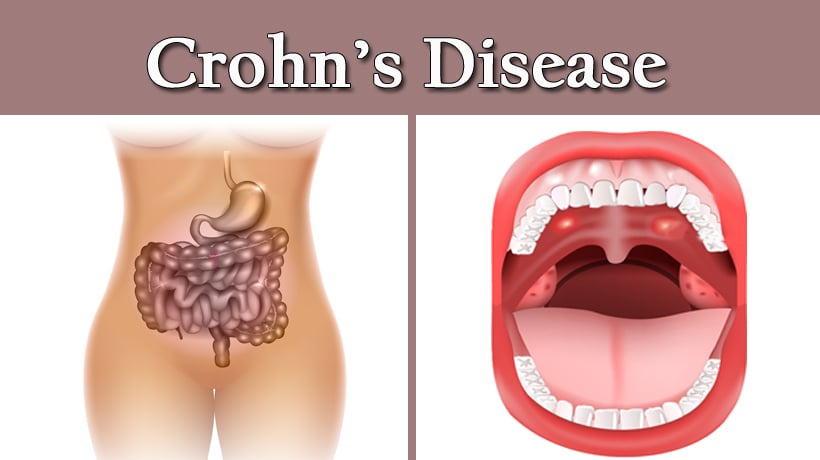 Named after Dr. Burrill B. Crohn in 1932, Crohn’s disease is a chronic disorder that affects the gastrointestinal (GI) tract, according to the US-based nonprofit Crohn’s & Colitis Foundation. Crohn’s disease is one of a number of inflammatory bowel diseases.

What is Crohn’s disease?
According to the U.S. National Library of Medicine, Crohn’s disease is an abnormal response where the immune system mistakenly attacks healthy bacteria in the GI tract and causes excess inflammation. This usually affects the intestinal walls in the lower part of the small intestine and portions of the large intestine (the colon), but inflammation can happen anywhere in the digestive system from the mouth to the anus.

Science doesn’t know the exact cause of Crohn’s disease, but the U.S. National Library of Medicine says genetics are a main cause. There may be some lifestyle factors, as well; research suggests cigarette smoking doubles the likelihood of developing this disease.

Symptoms
According to the Mayo Clinic, there are a number of signs and symptoms that signal Crohn’s disease. These include:

Complications
Crohn’s disease can lead to fissures, or tears, in the lining of the anus, says the health website Healthline. This can cause bleeding and pain. Sometimes, inflammation and scar tissue can even block the intestines or cause ulcers.

Hugh James Freeman, MD, says there’s an increased risk of developing colon cancer from Crohn’s disease in his paper for the World Journal of Gastroenterology. He also says detection of colorectal cancer may be delayed with a worse prognosis.

“The fear that drugs would lead to adverse effects during the course of pregnancy has led to detailed studies that have been performed regarding the safety of drug therapy among pregnant women,” says the study. “So far, most of these drugs have been shown to be safe, and the newest ECCO guidelines advise that there is no need to terminate therapy in pregnant women.”

However, researchers did note that Crohn’s disease could cause hormonal changes and abnormalities in the menstrual cycle.