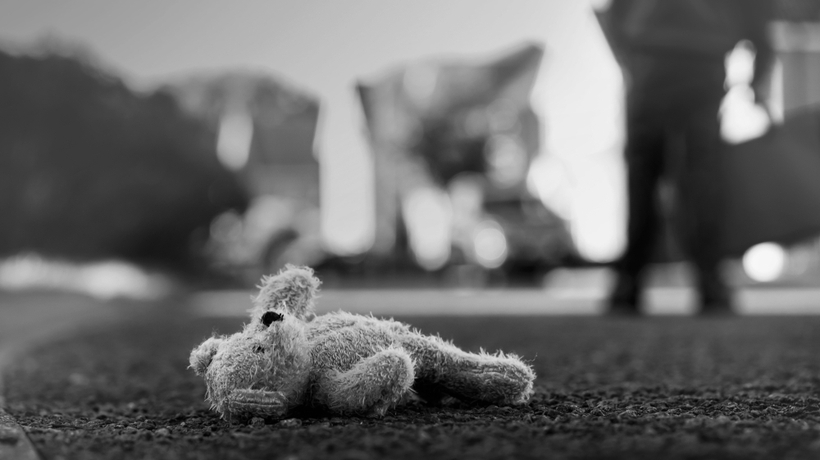 Officials have learned that a 4-year-old boy who was missing for several weeks in Ukraine drowned after Russian soldiers fired on a boat full of women and children.

However, the village grew too dangerous. On March 10th, Sasha and his grandmother came up with a plan to flee.

Stephan Smets, a spokesperson for the charity Child Focus, said that his agency became involved in the case when Sasha’s mother, Anna Yakhno, reached out.

“We were in close contact with Magnolia, the local center of missing children in Kyiv,” Smets told PEOPLE, adding that Magnolia, a non-governmental organization, was in contact with Sasha’s mom.

It was determined that Sasha died later on March 10th.

“We know that the child was sent to stay with the grandmother in her village because they thought it would be safer there. The father was fighting, and the mother wanted to stay in Kyiv. But then the roads [to the village] were blocked and the bridges bombed, so they had to go by water with 15 other people,” Smets explained.

In an effort to cross the Dnieper river, the group took two small boats.

“One of the boats sank,” Smets said. “All we knew was that five people survived and two people drowned, including the grandmother.”

Marina Lypovetska, head of projects at Magnolia, said that the boat survivors told her Sasha was the only one wearing a life jacket, giving the initial hope that he survived.

Sasha’s mother wrote a plea for others to help find her son on her Facebook, writing, “Sasha’s grandmother was found dead on March 11, we could not take her body away and asked the locals to bury her. We really hoped that Sasha was with others on the boat and hiding in a village, possibly cut off from the rest of Ukraine due to the war. I am grateful to everyone for the response and support.”

On April 5th, the group searching for Sasha learned his body had been found by the river. His mother announced the news on her social media.

There is currently no information on who found Sasha’s body. The survivors from the journey were all from the second boat.

Lypovetska said there have been approximately 2,000 cases of missing children reported since the start of the war.

“Most of them are missing with their families but some went missing alone and in ten cases we found they had managed to cross the border,” Lypovetska said. “Apart from us, there are not many organizations that search for missing children.”

Lypovetska said the majority of children that Magnolia finds are alive, although she worries that may change as the war continues.

“We know that in Bucha, Irpin, Gostomel and Mariupol, there are mass graves and they contain unidentified children,” Lypovetska said. “It is only with time that we will learn the truth — when the Russians leave our country.”