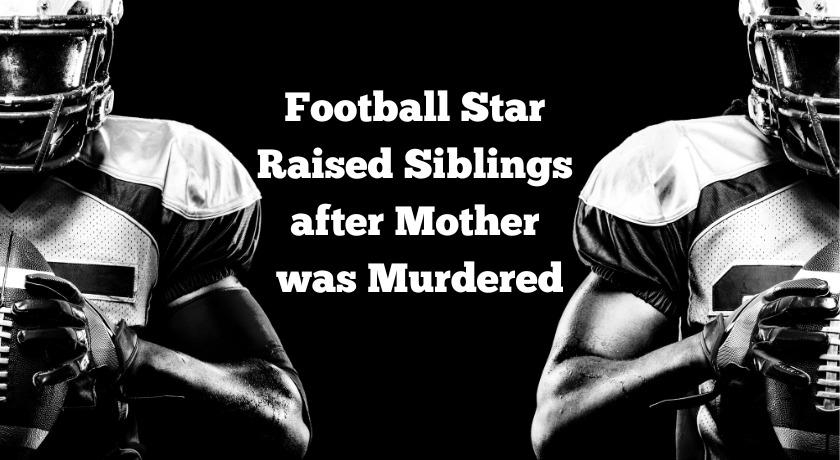 Warrick Dunn, former running back for the Tampa Bay Buccaneers, has been housing single parents for nearly 25 years through his non-profit business, Warrick Dunn Charities (WDC). As of today, he has given homes to over 200 families.

In 1997, Dunn signed with the Buccaneers under head coach, Tony Dungy, who “encouraged the rookie to find a way to give back”. Dunn knew that helping single parents with housing was the best way he could give back and have it mean something to him and the struggles he endured with his own family.

Dunn’s mother, Betty Smothers—a police officer in Baton Rouge, Louisiana—raised him and his five siblings, by herself. In 1993, she was killed by two bank robbers, while she was working off-duty as a security escort for a woman making a late night bank deposit. Dunn was 18 years old at the time.

“She lost her life, and she was never able to realize her dream of home-ownership,” Dunn told CNN in December, 2021. “I wanted to take the money from the insurance policy and actually give her kids something that she wanted to give them – a stable environment, a home.”

Dunn experienced how hard it was to afford a home through his mother’s struggles, as well as his own, once he became the caretaker for his younger siblings. He recognized how substantial an issue this became in the US, to him and families like his.

According to the US Census Bureau, “Single-parent householder were less than half as likely as married couples to own a home: 35 percent versus 74 percent.” This statistic is from 1992, a year before Smothers’ murder.

The first program Dunn ran was Homes for the Holidays (HFTH), in 1997. It aimed to not only house families, but help ease the burden of filling a home with basic necessities. The program provided a $5,000 down payment and promised to “fully furnish their homes with food, furniture, linens, garden tools, TVs, computers, all the way down to the toothbrush.”

Three other programs have since emerged from WDC: Count on Your Future, SCULPT, and Hearts for Community Service scholarships. Dunn told CNN that all the programs had a goal to “transform communities by fighting poverty and hunger and improving families’ quality of life academically, socially and economically.”

In March of last year, HFTH celebrated their 200th home given to a family in need. Last December, they reached 209, housing Bernice Sherman, a single mom of four in Tallahassee, FL. WDC posts each of their housing celebrations on their YouTube channel. Dunn feels very fulfilled with the experience of witnessing a family earning a house through his program; a feeling that he wants to allow others to experience.

“Every time you have the opportunity to witness those life changing moments when a family walks through the doors and sees things in their rooms, to me, we’re changing lives,” Dunn told ABC News in Tallahassee, at his 209th home celebration. “We’re impacting individuals.”