What Smart People Do When They Screw Up Big 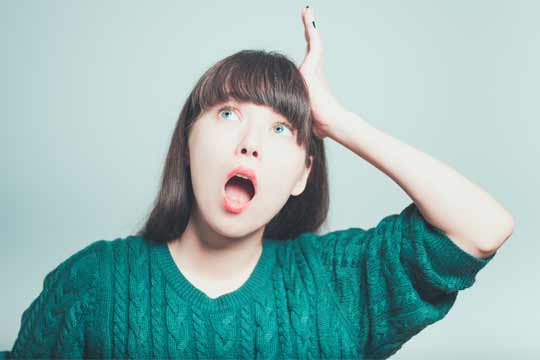 Microsoft CEO Satya Nadella is taking a lot of heat for his recent career advice to 10,000 women at the Grace Hopper Celebration of Women in Computing Conference. He was asked how women who are uncomfortable asking for a raise should go about it. Here is Mr. Nadella’s reply:

“It’s not really about asking for a raise, but knowing and having faith that the system will give you the right raise as you go along. That might be one of the additional ‘super-powers’ that, quite frankly, women (who) don’t ask for a raise have. That’s good karma. It will come back.”

That, of course, is really bad advice—whether it’s given to women or men.

To his credit, Mr. Nardella owned up to his mistake and later stated on Microsoft’s press page, “I answered the question completely wrong.”

Here are three things we can learn from Mr. Nardella’s own career mistake:

Smart people make mistakes, apologize and move on:
You don’t get to be a CEO without being smart. And you don’t get to where you are without being smart. Remind yourself of that when you make a mistake. Tell yourself you’re smart but you’re not perfect, and there’s no need to beat yourself up over your mistake. Mr. Nardella said, “I answered the question completely wrong.” The lesson for us: Apologize, make amends and move on. It’s amazing how forgiving people can be when we own up to our mistakes. The bigger question is, can we forgive ourselves?

Smart people take feedback well:
Mr. Nardella got feedback—probably more than he wanted—because social media lit after his response. He didn’t fare so well in the public outcry over his misguided answer but he was very smart in how he handled it. The lesson for us: Ask for feedback. After all, even the smartest of us have our blind-spots.  If we want to be smarter, here are two questions we can ask:  What am I doing well with?” and “Where can I do better?” It’s good to recover from a mistake when you make it—it’s far better to get advice and feedback to make fewer mistakes.

Smart people ask for help:
We’re all smart about some things, but  we’re not smart about everything. Mr. Nardella tried to answer a question he shouldn’t have. The lesson for us: We need to know our limits and be able to say, “This isn’t my strong suit, I need some help here.” We can’t know everything or be the best at everything. However, there is usually someone within reach who can help us if we’re willing to ask.

– Alan Allard, Creator of Enlightened Happiness. For more from Alan, sign up for his newsletter at alanallard.com.