Are You Too Hard on Yourself? 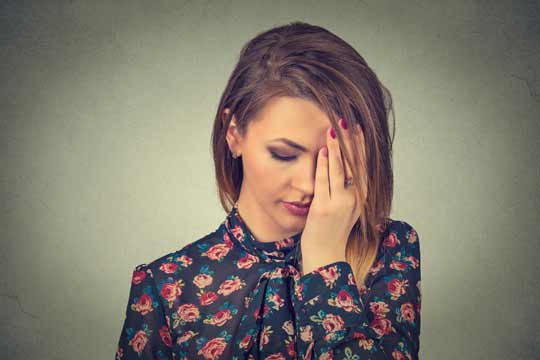 Amy* had been a client for four months when she told me she was thinking of getting another coach. When I asked what was on her mind and she said, “You’re too easy on me! I want you to challenge me more.” You’d think a coach would love to hear a client say that—and normally I would—but not in Amy’s case. Why? Because I had been challenging her all along.

In fact, how I was coaching her made her so uncomfortable she was thinking about quitting. It turns out what Amy most needed to learn was going to be the hardest—making the distinction between success and perfection. In short, Amy was too hard on herself. She would think, “It’s wonderful I graduated among the top ten-percent in medical school, but if I had been more disciplined, I would have graduated number one—or at least in the top three.”

Maybe you’re a little like Dr. Amy and could stand to ease up on yourself. Do you ever find yourself thinking things like:

At first, Dr. Amy hated it when I asked her if she thought she was being too hard on herself. She thought the way to change and improve was to demand more from herself, and many of us think the same thing. It’s like we discovered the recipe for success and the secret sauce is being too tough on yourself.

If you would like to learn to motivate yourself without having to resort to “I did great… but I could have (and should have) done better,” here are three tips:

Drop the Should’s and “Ought’s”:
Words like “should,” “should have,” “could have,” “ought to,” “have to” and “must” are red flags when it comes to being too hard on yourself. Instead of, “I have to do better,” think in terms of “What would happen if I gave myself more credit for a job well done and focused on my strengths and passion?”

Aim for progress, not perfection:
Perfection is an illusion; life becomes so much easier and enjoyable when we discover the distinction between a job well done and a perfect job. If you need to master making that distinction, ask a trusted friend or colleague at work—they will likely know when you’re being too hard on yourself.

The “WYSTTYBF Test”:
In my book, I share my WYSTTYBF test, or “Would You Say That To Your Best Friend?” Imagine a friend did a great job as a team lead—but was recounting all the ways she could have been a stronger leader. Would you tell them “a great job is a great job!” If so, it’s time to ease up on yourself. When you do, you’ll discover that what you do and how you do it has a magical way of improving all on its own.

– Alan Allard, Creator of Enlightened Happiness. For more from Alan, sign up for his newsletter at alanallard.com.