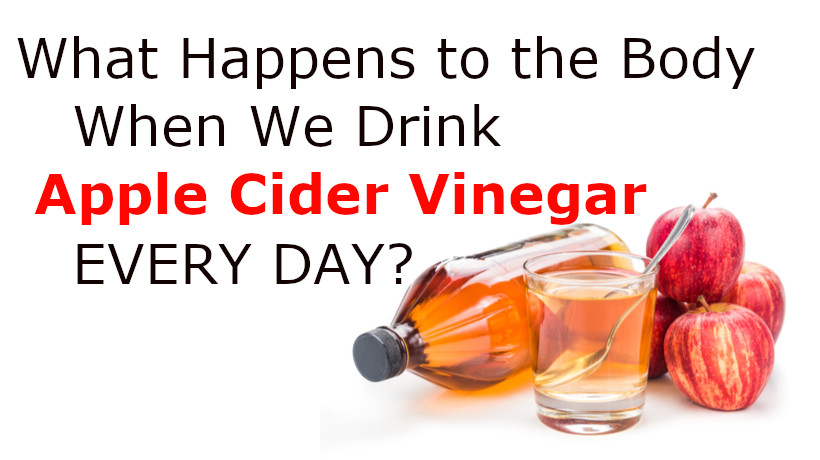 A popular home remedy, apple cider vinegar has been used for centuries in cooking and medicine, but why? Apple cider vinegar has various healthful properties, including antimicrobial and antioxidant effects. Evidence also suggests it may offer health benefits, such as aiding weight loss, reducing cholesterol, lowering blood sugar levels, and improving the symptoms of diabetes. Read on to see how you can incorporate this powerful tool into your daily routine and how it affects the body.

It Can Fight Off Unwanted Bacteria

According to the National Institutes of Health (NIH), the main substance in vinegar, acetic acid, can kill harmful bacteria or prevent them from multiplying. In fact, it has been shown to reduce the numbers of some bacteria by 90% and certain viruses by 95%. That is why having a little bit to drink or as a supplement can help you stay as healthy as possible.

It has a history of use as a disinfectant and natural preservative. Atli Arnarson, Ph.D., states that people have used vinegar for cleaning and disinfecting, treating nail fungus, lice, warts, and ear infections. Even Hippocrates, the father of modern medicine, used vinegar to clean wounds more than 2,000 years ago! It even has been said that it can kill acne-causing bacteria. Although there have been no scientific studies of this in particular, many people have taken to the internet with the claim it’s improved their skin problems.

Arnarson claims, one of the most convincing applications of vinegar is helping treat type 2 diabetes. It is also beneficial for people without diabetes because it keeps their blood sugar levels in the normal range, as some researchers believe that high blood sugar levels are a major cause of aging and various chronic diseases.

It May Help Aid in Weight Loss

Several human studies documented by the NIH show that vinegar can increase feelings of fullness. This can lead you to eat fewer calories and lose weight.

For example, according to one study, taking vinegar along with a high carb meal led to increased feelings of fullness, causing participants to eat 200–275 fewer calories throughout the rest of the day

A study in Bioscience, Biotechnology, and Biochemistry said that out of 175 people with obesity showed that daily apple cider vinegar consumption led to reduced belly fat and weight loss.

Research suggests that vinegar could improve several of these risk factors. However, many of the studies were conducted in animals. “These animal studies suggest that apple cider vinegar can lower cholesterol and triglyceride levels, as well as several other heart disease risk factors.”

According to DrAxe.com, acid reflux is often a result of low levels of stomach acid. Drinking apple cider vinegar can introduce acid into your digestive tract and reduce acid backflow.

How to Drink Apple Cider Vinegar:

Because of the acidic content, be wary of drinking apple cider vinegar straight because it can wear down your teeth enamel over time. Instead, try stirring two teaspoons into a glass of water. You can mix in a packet of Vitamin C supplements for more health benefits!

You can also have it in a cup of tea. Green tea pairs nicely. Just add honey or cinnamon and lemon.

Pair the drink with a healthy breakfast and you can set yourself up for a healthy adjustment to your body.