What Women Need to Know About Psoriatic Arthritis 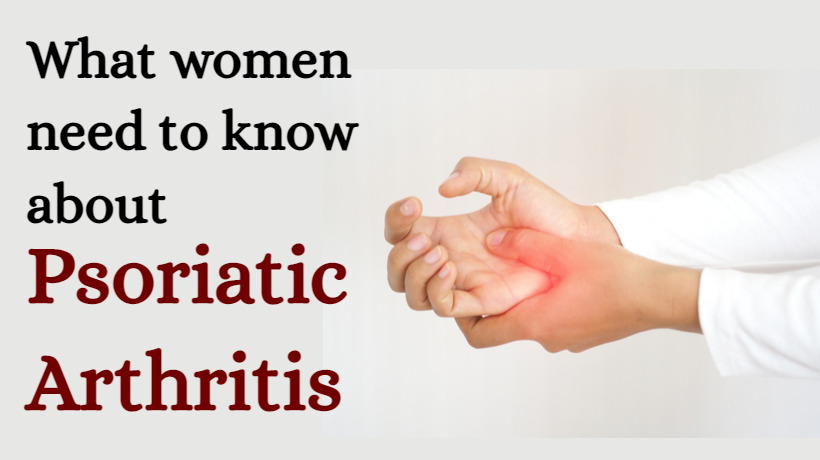 Psoriasis is a chronic condition that causes red, itchy scaly patches on the skin, most commonly found on the knees, elbows, trunk and scalp. It’s so common that more than 8 million Americans currently deal with the skin condition, as well as 125 million people worldwide, according to the World Psoriasis Day consortium.

Although many people are familiar with this common condition, many may not know that at an estimated 30% of individuals with psoriasis will develop psoriatic arthritis (PsA), an autoimmune disease that results in pain and swelling in the joints as well as where tendons and ligaments are attached to the bones. The disease, which hits men and women equally and usually happens to people in their 30s and 40s, can range from mild to severe cases, and impact places all over the body—even the spine.

Common symptoms of PsA include:

Like many other autoimmune disorders, the cause of psoriatic arthritis is still unknown. Although researchers know that PsA develops due to an overactive immune system, there is still no known reason as to what causes this overactivity. Researchers suspect that it develops from a combination of genetic and environmental factors. They also think that immune system problems, infection, obesity, and physical trauma can help determine who will develop the disease. Psoriasis itself is neither infectious nor contagious.

Although there is currently no cure for psoriatic arthritis, there are plenty of treatment options to help manage the condition and control its symptoms to lessen the damage to impacted areas.

“Some medications are more effective than others on particular body parts, so we pick a combination of drugs that will help the areas impacted,” said Petros Efthimiou, MD, a rheumatologist based in New York to Women’s Health.

Most common treatments for PsA include: