When to Speak Up and When to Back Down 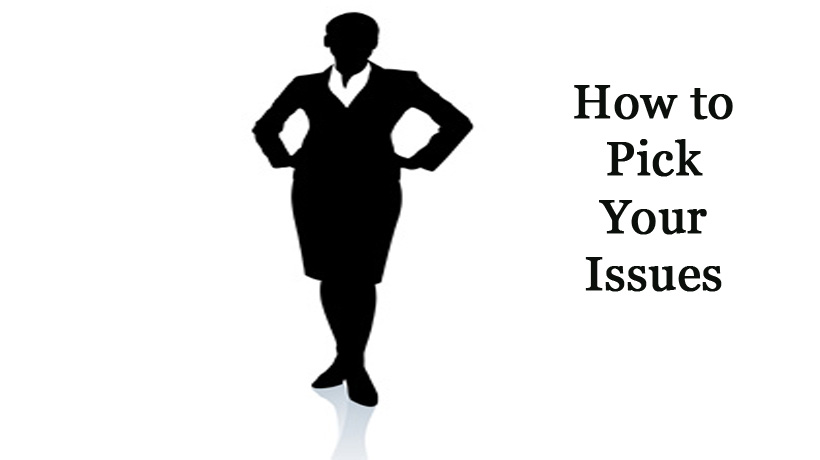 We’re told to always stand our ground—but asserting ourselves can be hard. Once you start, speaking up gets easier, but it’s important to pick your issues. Here are some guidelines on when to speak up and when to hold back.

Do—When your beliefs are compromised
If you go against your core values, you won’t be happy. It may feel like you’re letting yourself and others down. If it’s an important principle, stick by it.

Don’t—When it’s not important to you
If you disagree with the way a project is being run, but are otherwise unaffected, don’t get into a fight about an unimportant issue. You’ll waste everyone’s time, including your own.

Do—When you become the target
Has someone specifically called you out? Will it affect the way others see you? If so, then it’s time to take a stand. A situation like this may come back to bite you in the future, so it’s best to deal with it now.

Don’t—When it’s not about you
Sometimes someone’s bad attitude has more to do with him than it does with you. If that’s the case, don’t take it personally. Stay out of the line of fire and don’t get involved in his drama.

Don’t—When you’re setting yourself up for failure
Even if you feel strongly about a situation, it may not be the right time. You may want to gather more information. Don’t waste your energy with something that can’t change now.

When the “Do’s” are in your favor, here are some ways to speak up, coming from strength.

Be assertive, not aggressive
Standing up for yourself doesn’t mean pushing others around, but it does mean asserting yourself. Practice speaking slowly and firmly in front of a mirror. If someone else has behaved like a bully, you don’t have to stoop to his or her level.

Stand tall—use body language
Don’t try and confront someone with hunched shoulders and a shaky voice; they won’t take you seriously. Stand with feet apart, hands at your sides, and shoulders back. Remember, you have something important to say.

Don’t go in blind, get the facts
The last thing you want to do is be underprepared. Know your argument, write it down, and read it before you approach a power player.

The Benefits of Standing Your Ground

• You’ll feel good about yourself.

• The experience will help you grow stronger.

• You’ll be able to support people who have trouble standing firm.

The Benefits of Picking Your Issues

• Others will respect your ability to prioritize.