Why is #BidenErasedWomen Trending on Twitter: What to Know 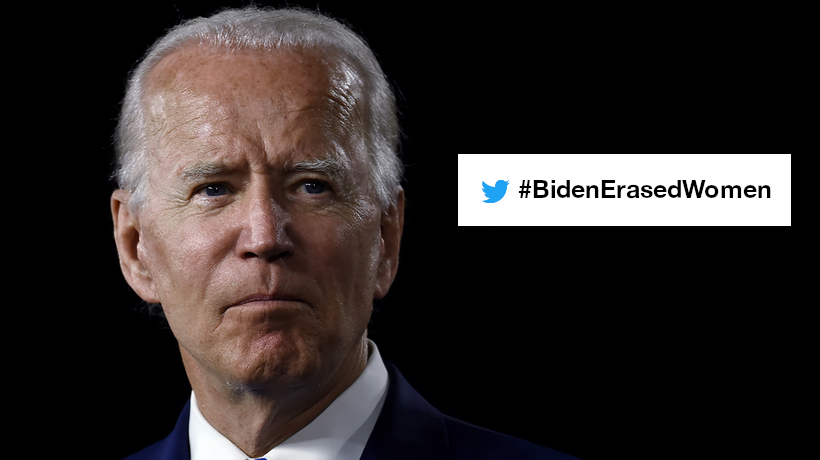 On Joe Biden’s first day in office, he signed the executive order on ‘Preventing and Combating Discrimination on the Basis of Gender Identity or Sexual Orientation.’

While this order is an important move because it sends the message to queer and transgender Americans that they are a priority to his administration, it rose concern. Some view that the executive order can potentially change girl’s sex-based rights and could get taken advantage of.

The executive order is upheld by the decision in the Supreme Court case Bostock v. Clayton County, which determined that discrimination based on gender identity or sexual orientation was unconstitutional.

“Every person should be treated with respect and dignity and should be able to lice without fear, no matter who they are or whom they love,” the order reads. “Children should be able to learn without worrying about whether they will be denied access to the restroom, the locker room, or school sports.”

The last sentence is what concerned people, and lead them to share their opinions on Twitter, which caused #BidenErasedWomen to start trending. People worry that transgender girls will be competing alongside cisgender girls, which could make it unfair to them. Others think that this claim is underestimating the athletic talent of girls.

In Connecticut, the families of three cisgender girls sued the state arguing that their daughters would not be able to beat the two transgender girls who competed in their district, shortly after the case was filed, one of the cis girls beat the trans girl. People are concerned but the executive order could still be seen as a triumph for all women.

Abigail Shrier, author, took to Twitter to say that Biden had placed “a new glass ceiling” over girls and claimed that “any educational institution that receives federal funding much [now] admit biologically-male athletes to women’s teams, women’s scholarships, etc.”

But Chase Strangio, the ACLU lawyer who worked on the Bostock case, pointed out, this is false. “Trans girls (who are girls) have been on sports teams for years Strangio tweeted. “Title IX and Bostock are the source of the protection, not yesterday’s EO. Biden just agrees to enforce the law.”

Other concerns over locker rooms, bathrooms and even scholarships arose. People also were concerned that this executive order could be used through lying about a person’s gender identity. The true fear is that rights will be taken away because of it. It could also be viewed that Biden is not erasing women, but instead to protect all women—trans and cis—during his time in office.