Prince Harry Will Be Allowed to Stand Vigil in Uniform 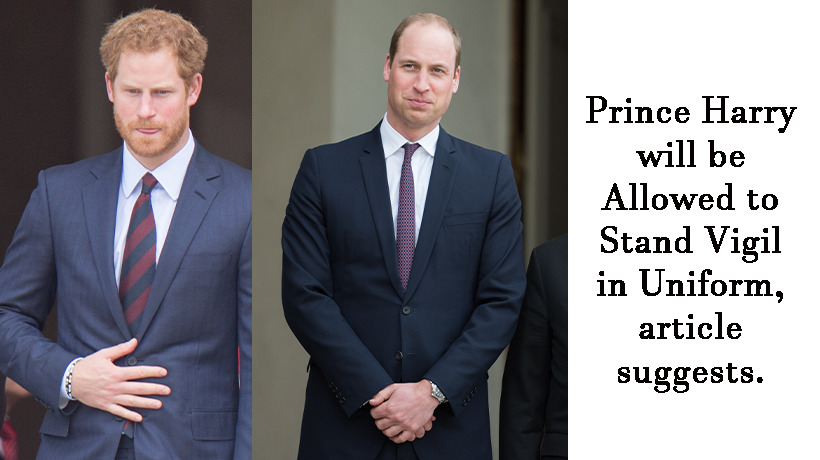 Prince William and Prince Harry will stand at opposite ends of the coffin in uniform as they lead the vigil this Saturday, September 17th for the Queen’s lying-in-state. This choice of dress to honor the Queen is more significant than it may seem.

We’ve seen the royals in uniform before, in past royal events, celebrations, and funerals alike. Even Princess Anne was decked out in uniform for the Princes’ Vigil, making her the first woman to be involved in the tradition. Prince Andrew was similarly allowed to appear in uniform for the Vigil, as a mark of respect for the royal family.

The Queen’s procession from Buckingham Palace to Westminster Hall saw Prince Harry and Prince Andrew in mourning suits, in contrast to Prince William’s uniform. As non-working members of the royal family, Harry and Andrew were not permitted to dress in uniform for that particular event, choosing instead to decorate their suits with medals which represented their military service.

However, this will change for Saturday’s ceremony, as King Charles III has requested that the princes appear in uniform for the evening vigil, an event which will include their cousins, the other grandchildren of the Queen. Prince Harry’s own dedication to the British army through a ten-year career and two tours through Afghanistan has not gone unnoticed. But he is reportedly unconcerned with the dress variation, and has insisted himself that during the period of mourning, attention should be focused on the Queen, rather than his own appearance, regardless of his military status.

Despite Meghan Markle and Prince Harry’s departure from being working members of the royal family, their involvement throughout the process of mourning has been whole-hearted, appearing at various events alongside Prince William and Princess Kate. Meghan and Kate offered their support subtly through complimenting their modest black dresses with earrings which are lesser-known jewelry pieces of the Queen in remembrance of the monarch’s iconic and classic style.