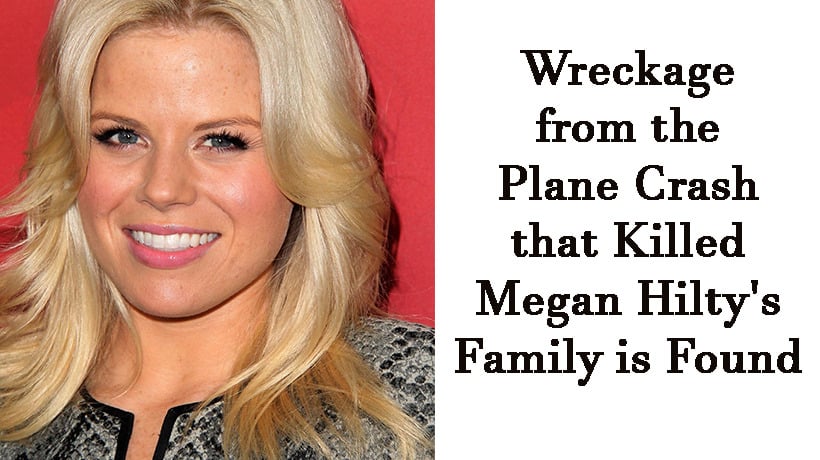 The wreckage from the floatplane that crashed in Washington on September 4th has been found. The plane carried Meghan Hitly’s pregnant sister, brother-in-law, and nephew. All three died in the crash along with seven other passengers.

The plane that crashed in Puget Sound was found by The National Transportation Safety Board using sonar technology. Pieces of the plane, seat cushions, seatbelts, and paperwork have been recovered. The cause of the crash cannot be determined until more wreckage is found, according to the NTSB.

Just one body has been recovered and the other nine passengers are still missing. The body of Seattle attorney Gabby Hanna, 29, has been identified.

Hitly broke her silence in an Instagram post she uploaded last week. “On Sunday afternoon, a small float plane crashed into Puget Sound off the coast of Whidbey Island. My beloved sister Lauren, brother-in-law Ross and baby nephew Remy were on that plane,” she wrote.

“To make this news even more devastating, my sister was eight months pregnant and we were expecting to welcome baby boy Luca into the world next month,” she continued.

Hitly is known for her role as Glinda in the hit Broadway show Wicked.

The investigation into the crash is still ongoing.