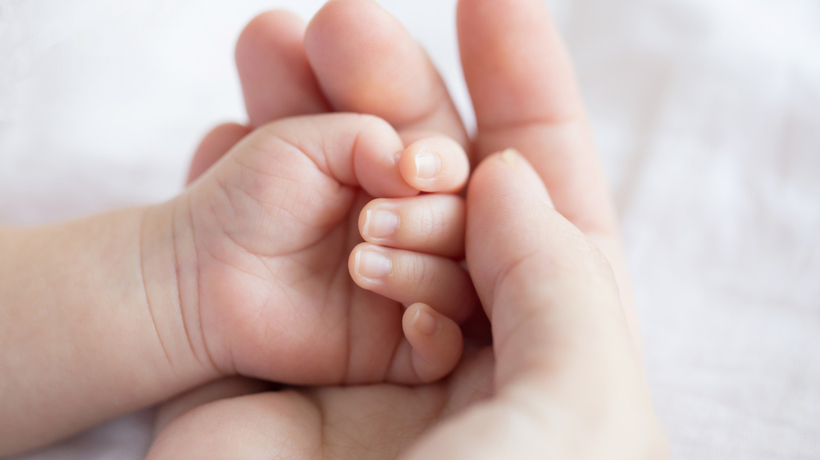 When Sarah Sharp was diagnosed in 2018 with a rare uterine cancer and suddenly told she would need an emergency hysterectomy, her twin sister Cathey Stoner was more than just a supportive sibling.

“Cathey rushed to the emergency room to be by my side,” Sharp told “Good Morning America.” “And that was the first time she said to me, ‘If you need to have a hysterectomy, I’ll have your babies.'”

Doctors diagnosed Sharp with choriocarcinoma, a highly uncommon and aggressive form of cancer in the uterus, and told her that she may need a hysterectomy in order to get rid of the cancer. But Sharp, who had just given birth to her first child, Charlotte, only 9 months prior, was determined to beat the cancer while also maintaining her uterus, as she and her husband were still eager to continue to expand their family.

For several months, she tried aggressive chemotherapy treatments, but eventually, it became clear that she would still need a partial hysterectomy and be unable to have another child.

“I was broken,” Sharp told People. “My husband [Richard] and I had to grieve what we thought life would look like.”

By that time, Stoner and her husband Alex had already began talking about how they could help. Again, Stoner approached her sister and volunteered to be her gestational surrogate. But this time, what had began as a playful joke between the two twins became a true promise, and Sharp’s dream of having another baby came true.

“We walked with Sarah and Richard through some dark days,” Stoner told People. “We didn’t know if she was going to live at one point. We wanted to give them this hopeful thing. We felt called.”

Sharp told People that it was “the biggest act of love I’ve ever received — pure, unconditional love.”

Because Sharp still had her ovaries, she was able to undergo an egg retrieval to produce three viable embryos with her husband, one of which was transferred into Stoner in December.

Stoner was a bit apprehensive as to how her young children would react to the baby bump that would produce a cousin, instead of a sibling.

“I wanted to make sure it wasn’t confusing,” she said. She and her husband explained to their two children that they were “taking care of their cousin, loving on him and babysitting him until he could go home.”

“My hope is that they look back on this and learn and know the foundation of our family, which is service and loving each other and sacrifice,” said Stoner.

After much anticipation, Stoner gave birth to her nephew, John Ryder Sharp, in August with her sister, brother-in-law, and husband right by her side.

After the umbilical cord was cut, Sharp held her son close whispered, “I love you. We’ve prayed for you. We’re so happy you’re here,” and then turned to her sister, repeating, “Thank you, thank you, thank you.”

“It was a whirlwind of emotions,” Sharp said afterwards. “He came from my sister, but I could tell he was mine.”

“I knew it was Sarah’s baby. I’ve connected with him, but I’ve felt mentally ready to pass him on to her,” she said. “I felt very proud of him, but he feels like theirs. He definitely looks like them.”