Woman Shares Heartbreaking Experience with Her Sister’s Schizophrenia: ‘We Were All Fearing For Our Lives’ 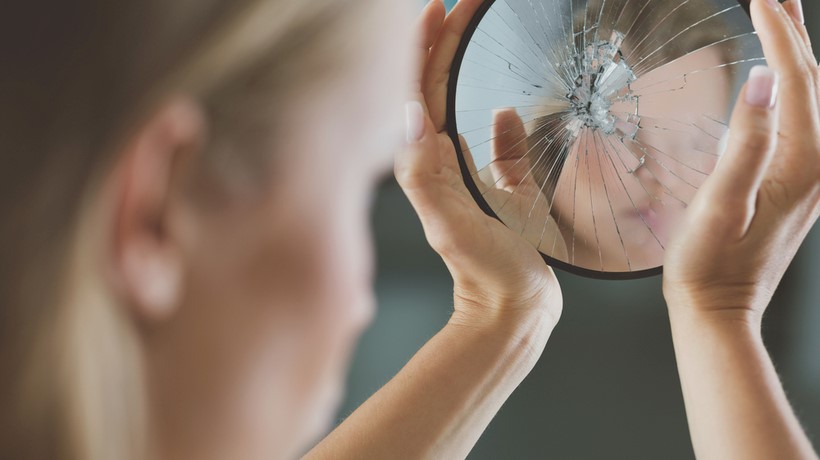 Featured image via Shutterstock and does not show Kait Leddy. Photo for representational purposes only.

Kyleigh Leddy grew up near the Atlantic shore in Marblehead, Massachusetts, with her big sister Kait Leddy. Kait was anyone’s ‘dream’ big sister. She marched around in rainbow boots and used her imagination to turn ordinary objects into toys.

“I was her little dress-up doll, and she and her friends let me tag along to everything,” Kyleigh, now 25, recalled during an interview with PEOPLE. “I idolized her. She was all I ever wanted to be.”

When Kait entered her teenage years, she showed more teenage rebellion than usual, and Kyleigh’s admiration turned into unease.

The uneasiness shifted to terror when Kait suffered a traumatic head injury at age 19. The sister she once knew turned into a stranger, violent one minute and then fragile the next.

Kait was diagnosed with schizophrenia, and suffered four years of rages, hallucinations, hospitalizations, and stays in rehab. Then, one night in January 2014, she walked to the Philadelphia Benjamin Franklin Bridge, disappearing in a presumed suicide.

“I [had] played out the worst-case scenarios…a stranger killing Kait in self-defense. Kait accidentally killing us,” Kyleigh writes in her new memoir The Perfect Other.

At the time, Kyleigh was three days shy of her 17th birthday. She has now devoted her life to understanding what happened to her sister.

“We never recovered her body,” Kyleigh says, “never had the chance to have a funeral.”

Looking back, Kyleigh says the first signs of trouble were when Kait started to get into fistfights at school. “It wasn’t violent, more like interpersonal conflicts,” Kyleigh says. However, it was enough to cause the family to move to Philadelphia, Pennsylvania, where Kait started to see a child psychologist.

When Kait entered high school, she started skipping school, smoking and drinking. Her mood became more erratic, and in 2007 she attacked their mother during one of Kyleigh’s sleepovers.

At age 17, Kait was diagnosed with polycystic ovarian syndrome (PCOS).

“What’s so hard about mental illness is distinguishing between what’s personality, what’s hormones, and what’s something serious,” Kyleigh explained.

Then in October 2010, Kait was on a pair of steps when a friend fell into her for an exaggerated hug. Kait lost her balance and smacked her head on the concrete. “That was the breaking point,” Kyleigh says.

Kait was in the ICU for three days, and when she woke up, the hallucinations and paranoia began.

“We were all fearing for our lives,” Kyleigh says. “Anything could set her off.”

One month after her fall, Kait was diagnosed with schizophrenia.

Kyleigh dedicated her life to studying abnormal psychology and neuroscience. She volunteered at a homeless shelter and a group home for women with psychiatric disorders.

Her mother committed to helping families similar to their own. She does volunteer work with the Family-to-Family program of the National Alliance on Mental Illness and raises money for her local NAMI chapter, and Fairwinds, her local counseling center in Nantucket.

“I do think there’s a part of us that’s always going to be looking back and regretting and hoping that by making my sister’s life stand for something else, by helping other families, we can kind of give meaning to the tragedy and bring her life a positive outcome,” Kyleigh explained.

Kyleigh is finishing up her master’s in social work from Columbia University and is focusing on training to be a therapist.

“We can do more research, find better therapies, better medication,” she says. “And I can move forward, make my sister’s life stand for something.”