4 Diseases and Conditions Linked to a Lack of Sleep 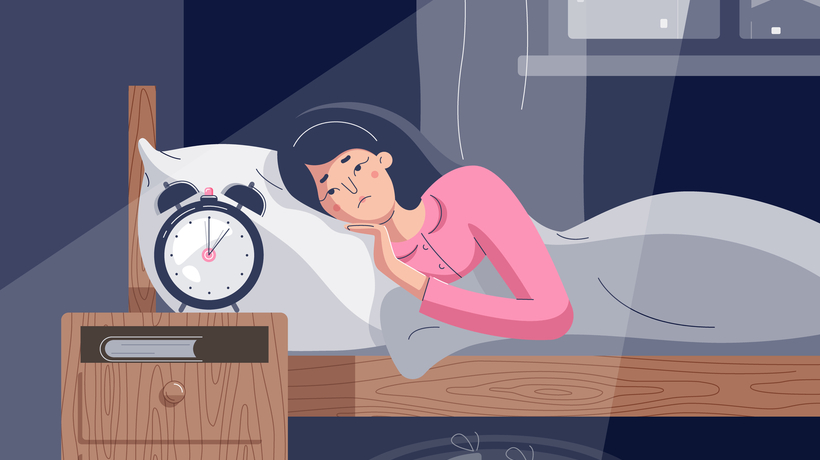 We’ve all been told time and time again that getting good-quality sleep every night is crucial for optimal health and wellbeing. The CDC recommends that adults between the ages of 18 and 60 years old aim for at least 7 hours of sleep per night, or risk suffering the effects of sleep deprivation.

But a lack of sleep can cause a lot more than drowsiness and poor concentration. According to the CDC, insufficient sleep has been “linked to the development and management of a number of chronic diseases and conditions,” four of which are outlined and explained below.

The CDC states that sleep duration and quality have emerged as predictors of levels of Hemoglobin A1c, which is “an important marker of blood sugar control.” Research suggests that people with type 2 diabetes can improve their blood sugar control by sleeping longer on a nightly basis– and improving their quality of sleep.

According to the CDC, research has found that metabolic changes that result from short sleep duration might be linked to obesity. In addition, epidemiologic studies have revealed a connection between a lack of sleep and excess body weight, especially in children. This could be due to sleep’s role in early brain development, particularly in the hypothalamus —  the area which regulates energy and appetite.

Difficulty sleeping has long been considered to be a symptom of depression. However, recent research suggests that in people who are suffering from both depression and sleep apnea, depressive symptoms may decrease once sleep apnea has been treated and the patient is able to sleep well again.  In addition, the link between sleep and depression means that the sleep duration and quality of people with depression should be assessed and monitored.

For more information on sleep, including details on common sleep disorders and treatment, visit the CDC’s website.