4 Ways to Deal With Angry People 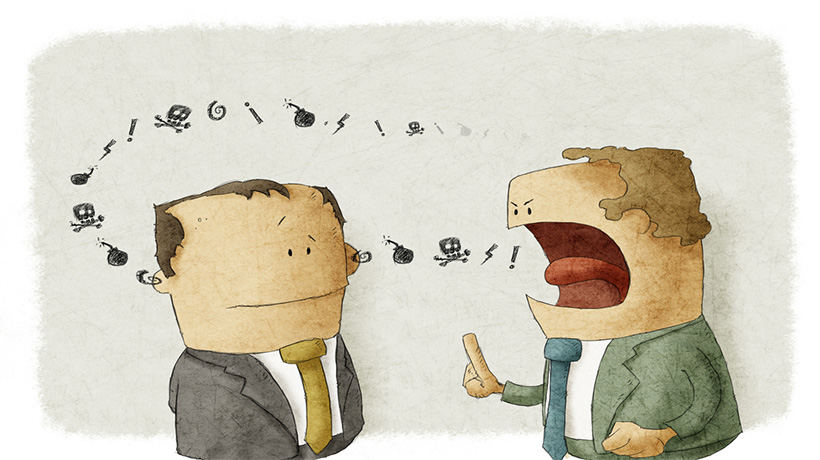 In my last post we looked at dealing with passive-aggressive people. Today, we’re going to talk about how to deal with an angry person. In this post, I’m using “anger” to refer to toxic anger where the angry person is blaming, shaming, attacking, or dumping on you. Instead of owning their anger and communicating with you in a responsible and healthy way, the angry person is playing the victim role. They deny any responsibility for managing their emotions and feel entitled to take their anger out on you.

Angry people tend to intimidate others when venting their anger. An angry person easily feels scary and over-powering to you if you aren’t highly confident and assertive. You need to protect yourself and you have a right to feel safe psychologically and emotionally, whether it’s at work or elsewhere. Here are four tips for dealing with angry people:

Stay away from angry people
You might not be able to stay completely away from someone when they’re in the anger mode, but do it the best you can. At work, tell them, “I’m perfectly willing to have a discussion with you, but not when you’re talking to me this way. I’m leaving now and when you’re able to discuss this as professionals I’ll be happy to do so.” If you have a consistently angry person in your personal life, you have to come to terms with the fact that you are allowing them in your life and by doing that you are telling them it’s not so bad. You’re the only one that can decide how much abuse you’re willing to take but first you have to realize that you are being abused.

Don’t respond in kind
If you fly off the handle in response to the angry person, now we have two people with anger problems. They are blaming who knows what and you’re blaming them but the truth is neither of you know how to handle your frustration and anger well. If you can’t control yourself, don’t put yourself in that position. If you can manage your emotions, listen to them unless they cross a line that you’ve predetermined will end the discussion. Offer to help in any way you can unless getting involved would be enabling them.

Appeal to their best self
Sit down with them when they’re in a calm state and tell them you want to have a good working relationship with them. Explain to them how you feel (using “I” statements) when they are going off on you. That won’t make any difference to the more toxic and angry people, but you won’t know if the angry person is capable of empathizing and owning their behavior until you give them a chance. Affirm the positives you see in them, and in that context, help them to see how it would be to their benefit to communicate in a respectful and safe way with you.

At work, document the behavior
I wish I could say that anger isn’t a problem in today’s workplace, but it is. I’ve had clients with bosses up to the CEO level who were, as my clients said, “volatile.” That word is code for “toxic.” Your job is to document the behavior over a period of several weeks to a month and then talk to your boss (assuming he or she isn’t the culprit) and then to H.R. if your boss doesn’t take care of the matter. If H.R. doesn’t do their job it means they either don’t care, they don’t know how to deal with it, or they don’t have the backing of senior management. In that case you have to decide if you want to stay where you are or find another job. I know, that’s not fair, but that’s the way it is.