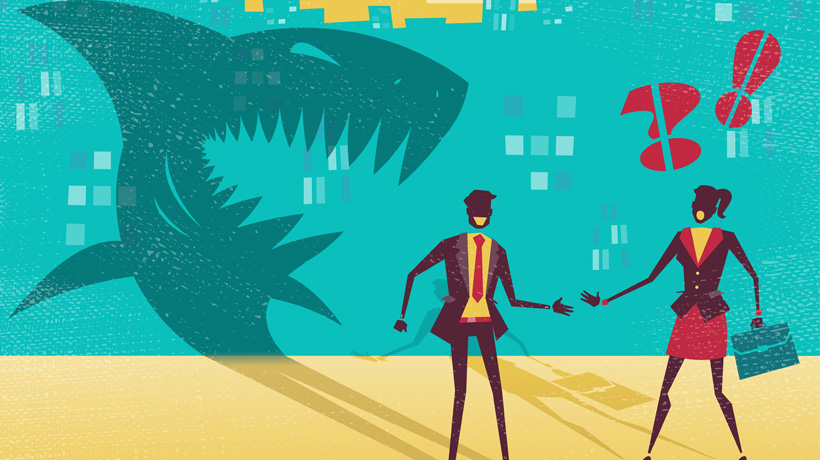 One of the most popular workshop topics in the corporate world is about dealing with “difficult people.” Of course, in these workshops everyone wants to know, “How in the world do I handle my passive-aggressive co-worker or family member?” I bet you have had your fair share of experiences dealing with passive-aggressive people. Their behavior can make you want to pull your hair out.

They say they’re okay with you, but they won’t return your phone calls or emails or they make sure they do so when it’s too late to be any good. They consistently tell you, “You’re just being sensitive—I didn’t mean it that way at all.” They say things like, “That was a great presentation—it wasn’t perfect, but hey, nobody’s perfect, right?” And let’s not forget about the person who snaps at you, then when you ask if they’re frustrated or angry about something says, “of course not,” and slams the door on their way out.

If you want to know how to more effectively handle passive-aggressive behavior, here are four tips you need to know and practice:

Understand what drives their behavior
Passive-aggressive behavior is driven by the anger that comes from feeling powerless. Sandra can’t tell you directly what she’s thinking or feeling because she thinks it will make her look bad or get her into trouble—so she tells you in very indirect ways—ways that feel safe to her.

Don’t take it personally
Passive-aggressive people don’t discriminate when it comes to how they treat others—they’re passive-aggressive with everyone, not just with you. If you let them push your buttons, that will encourage their behavior because it gives them what they want—to feel powerful and in control. Remind yourself often “this isn’t about me.”

Model what you want
Say what you mean and mean what you say. If you’re frustrated or angry, let them know in a straight-forward manner: “I’m angry right now and I’d like to tell you why.” When a passive-aggressive person (or anyone else) asks you to do something you don’t want to do or don’t have time to do, say, “No,” right now, not later.

Know what to say
Passive-aggressive people are experts in how they communicate and behave. They know just how far to go and they know if they can push your buttons. Prepare now so you will be ready the next time you’re on the receiving end of passive-aggressive behavior. For instance, if someone tells you, “I’d love to help you out on the project” and then drags their feet and misses the first deadline, speak directly to it: “I noticed you missed your deadline. If that happens again, I’ll have to remove you from the project and explain that to our boss.”