6 Behaviors That Trigger Symptoms of Depression 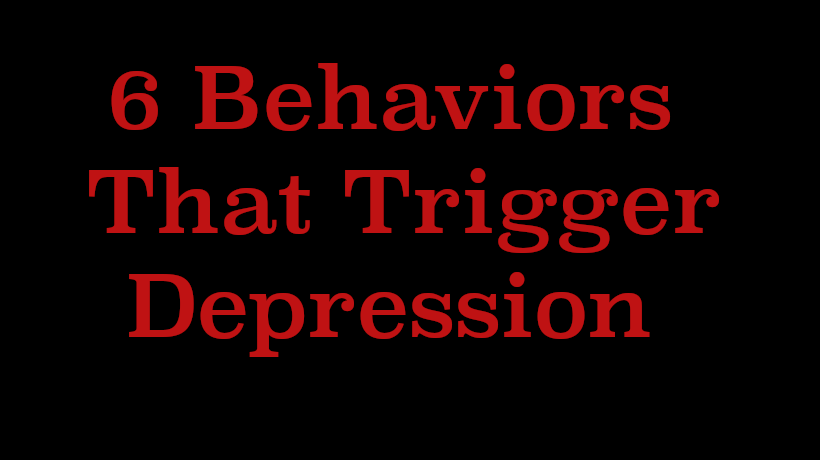 Depression is a serious health condition that can be difficult to manage but it is possible. According to the U.S. Centers for Disease Control and Prevention, nearly 1 in 10 adults in the United States lives with depression. Learning to control symptoms is important, but it is also important to know what triggers them. Here are a few behaviors that can trigger symptoms of depression.

Dealing with a large amount of stress can increase the risk of developing depression if you are not able to handle it properly, says Daniel K. Hall-Flavin, M.D. Stress is normal when reacting to positive or negative situations in your life, but not being able to handle it can begin to cause problems. According to Hall-Flavin, if you have trouble coping, the stress can wear you down and overwhelm you into triggering symptoms of depression like a decrease in productivity, difficulty in relationships, sleep problems, and difficulty going about your normal daily routine.

According to Recovery First Treatment Center, it can be possible that a person may abuse a substance, become addicted, and eventually have negative effects on their life that contribute to developing depression. A study published in the National Institutes of Health’s U.S. Library of Medicine showed that alcohol can induce depression. Humans with an alcohol dependence problem have lower levels of serotonin and metabolites in their cerebrospinal fluid, which researchers discovered that symptoms of depression tended to decrease when serotonin levels rose. People could also use drugs and alcohol to deal with the struggles they are facing but can result in them worsening their depression.

Not Getting Enough Sleep

The amount of sleep that you get can eventually affect your emotional health. “Lack of sleep for a long enough time can cause depression,” says Prashant Gaiwani, M.D. The lack of sleep can be a contributor to developing symptoms of depression for some people. Though it is unlikely that it can be caused by lack of sleep alone. According to Chris Iliades, M.D., the fact that many people who have sleep problems develop depression may indicate that sleep disorders and depression have similar causes or risk factors.

Being rejected is difficult but it can be very difficult for some people that it can trigger symptoms of depression. When people are chronically rejected or excluded, depression can be a common response. “Long-term ostracism seems to be very devastating,” says Kipling Williams, Ph.D. “People finally give up.” Rejection can also lead to changes in behavior like aggression which can cause isolation, another trigger of depression. If a rejection causes a great amount of struggle that leads to depression, it is important to talk through the feelings of exclusion with someone, like a psychologist.

Grieving someone that you have lost can be very difficult to handle on your own. Many people who try to go through grief alone can trigger symptoms of depression. “People suffering from major depression tend to be isolated and feel disconnected from others and may shun such support and assistance. People who don’t get such support, or who avoid it, may be at greater risk for slipping into clinical depression during the grieving process,” says Joseph Nowinski, Ph.D. According to Michael Miller, Ph.D., for people who have previously struggled with acknowledged or unacknowledged depression, the death of a significant other can be the catalyst that brings depression up.

As social beings, isolating oneself can have an effect on mental health. According to Timothy J. Legg, Ph.D. social connection is crucial for both mental and physical health. When we are on our own for too long, without any support, it can trigger depression. Not having anyone can be difficult, but it can also be due to having low self-esteem or anxiety, according to research at Tulane University.

If you need immediate help with your mental health, call 911 or your local emergency number. Also, consider calling your doctor or mental health professional. You can call a suicide hotline number, like the National Suicide Prevention Lifeline at 1-800-273-TALK (1-800-273-8255). Or reach out to a close friend or loved one.