9 Ways to Handle Someone Who Puts You Down 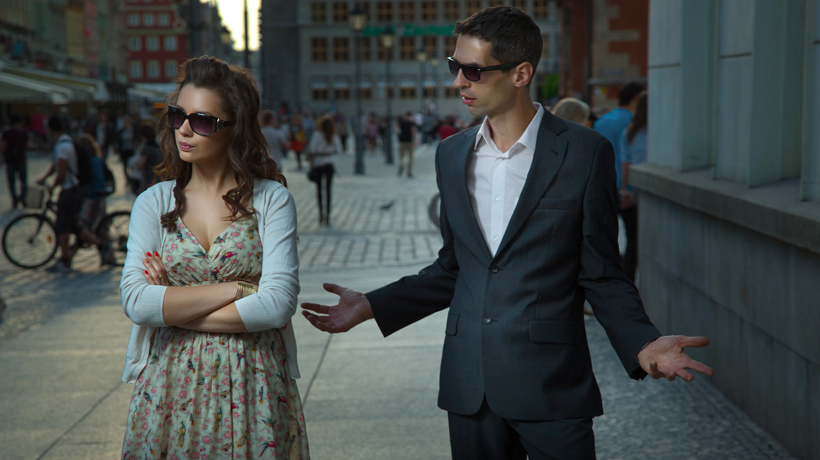 Here are 9 ways confident women RISE ABOVE it when others put them down. Be prepared to carry out any of these strategies in case it ever happens to you…

Rise Above
What are the qualities and attributes of who YOU want to show up as? Don’t take it personally or let the other person dictate how you will show up. Instead, Act in the service of who you want to be!

Ignore
The person who puts you down is trying to put themselves ‘one up’. Show your composure with ‘cooling breath’ (a reverse breath in which you breathe in through your mouth as if you are sipping through a straw, then breathe out through your nose). Not only does it calm YOU down, it calms the other person as well!

Stand up for yourself
Believe in your value as a well-meaning and smart person. Look the person in the eye and tell them why you are proud of who you are and what you’ve done/haven’t done. Try to stay neutral and not let your emotions hijack you because it will help your defense be taken seriously.

Engage
Ask the person more about what they meant by their comment. Maybe when they restate it in a constructive way there will be a kernel of truth and helpful feedback for you (or if they can’t say more, it reveals the shallowness of their attack or their unconscious bias). “Can you tell me more what you mean…?”

Appreciate
When you raise the energy of the situation by turning their put down into a positive, it’s very disarming to the person playing the “lowball.” For example, if someone interrupts or puts you down, you could say “Thanks for having so much passion about what I was saying. To build on what you said…” or “Thanks for putting so much thought into how I’ve been acting…”

Bring in Allies
A powerful way women can defend themselves (and also have their accomplishments celebrated) is to have other people speak on your behalf.  If a man or a woman can speak up to defend you – whether in the moment or later – it can be even more powerful than if you do it yourself. So women, remember! Be prepared to step in for one another!

Own Your 50%
Consider whether you did something that played a role in the interaction that might have made the other person feel disrespected and attack you back… If so, start by taking responsibility for your 50%, even apologizing if it’s justified. You will see the other person show a lot more goodwill to you after you’ve done that.

View the Alternative Story
Your first explanation of why the person put you down will come from your gut. But neither “that person’s a jerk” or “they are right, I’m not good enough” is ever true – these judgments about your self or others are simply stress-reaction shorthands.  Require of yourself to look at the facts of the situation to understand why that person really said what they did. They might seem like a jerk at first, but upon further examination maybe they were under a lot of pressure or unhappy, they misunderstood what happened between the two of you and reacted badly, etc. It might seem at first that their put down was true of you, but upon further examination they didn’t know about all the good things you had done so their conclusion was false, or all the things you said/did were right but you didn’t communicate it persuasively, or they are dismissive as a person and their words had nothing to do with you, etc. Tell a story that helps you show up as who YOU want to be.

Exit the Situation Quickly
No need to linger around the energy of a toxic person. Don’t continue to give them an opportunity to take out their unhappiness or insecurity on you. Make your response to them and then gracefully exit the situation.  NEXT! Find your next situation in which you can make the contribution you’ve been put here to make.