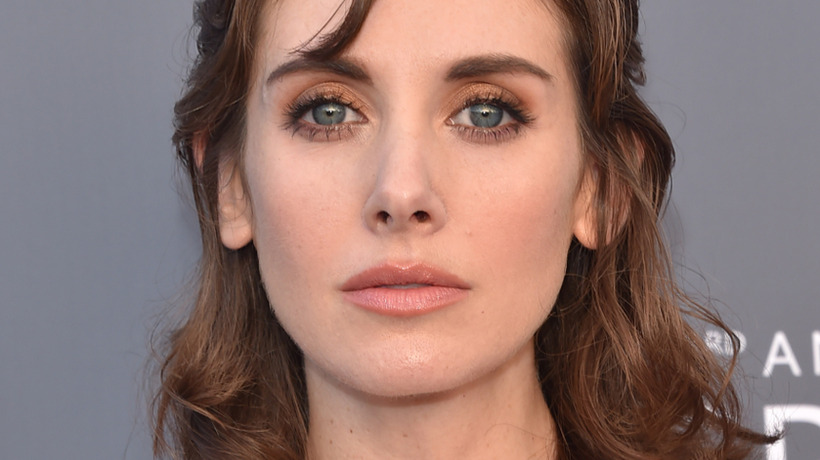 GLOW star Alison Brie, 39, almost had a completely different life thanks to a freak accident on the school playground when she was seven years old.

On Wednesday, Brie shared the terrifying story while speaking with hosts Sean Hayes and Dr. Priyanka Wali on the Hypochondriactor podcast.

“I was a really petite kid [and] I was just running across the playground and not looking and I bumped into another little girl in my class, who was like four times bigger than me,” Brie explained.

After the collision, Brie’s older sister Lauren took her to the school nurse’s office —  but the nurse had gone home for the day.

“As I’m walking up to the nurse’s office, I just feel a little out of it,” she recalled. “I clearly had a concussion. But I don’t know this at seven or eight, but I just feel out of it and foggy, but I can still see.”

That treatment plan, Wali says, is ill advised for people with concussions.

Still able to see, Brie began repeatedly asking her sister where she was and what had happened. Finally, they got in contact with their father, who began to rush Brie to the hospital. It was around that time that Brie lost her vision.

“My dad arrives and I sort of don’t remember anything. Like the next part of my memory is, I’m in the backseat of my dad’s car and boom. I can’t see a thing,” she said. “It’s sort of like how, when you close your eyes, it’s black, but you can a little bit see light and shadows.”

“I was hysterical,” she continued. “I start hysterically crying because I could feel myself trying to open my eyes as wide as possible … It wasn’t computing. And I think that was part of the hystericalness too, was like, ‘Oh my God.’ Like realizing that I was blind. And then sort of just being like, ‘Now I’m just blind?’ “

On the drive to the hospital, as Brie’s father desperately tried to calm her down, he got into a fender bender. Brie, who doesn’t believe she was wearing a seatbelt, was thrown to the car floor. At that point, her father was forced to stay with the car to tend to the accident, so her dad called a family friend to drive Brie and her sister to the hospital.

“I know they did the CAT scan on me and I think they did knock me out because I was just too upset,” she said. “And they told my parents, if her vision doesn’t come back in 12 hours, she’ll likely be blind for the rest of her life.”

“The next thing I remember is, I wake up. It’s been about 10 hours. I wake up in a hospital bed and my parents like shoot towards me in my hospital bed. Like they’re hysterical, [asking], ‘Can you see me?’ Which to me, and at this point I sort of have no recollection. You know, I like wake up in this hospital bed. I can see everybody. I’m like, ‘Yeah?’ “

Even days later, after she was discharged from the hospital following an observation period, Brie was under enormous stress. She explains that she “could never sleep through the night, [because] my parents would wake me up every couple hours to check my vision.”

Fortunately, she never again struggled with her vision.

“I think I only got my eyes checked last year or the year before last because they were going to make contacts for me for a job,” Brie said. “I was like, ‘Oh yeah. How is my vision these days?’ She was like, it’s almost 20/20. It’s like 20 and 19 and three-quarters. I’ve had great vision ever since.”

But according to Brie, losing her vision gave her a new perspective.

“It sounds so lame. But I do think like I’m constantly taking in visuals of things all the time,” she said. “Like I was just shooting this movie and somebody kept making fun of me because I was like, ‘The clouds behind you. They look incredible. It’s so beautiful here.’ And he turns around and he was like, ‘You mean there, by those s—ty apartments?’ And I was like, ‘Yeah. But like they’re beautiful in their own way.’ “