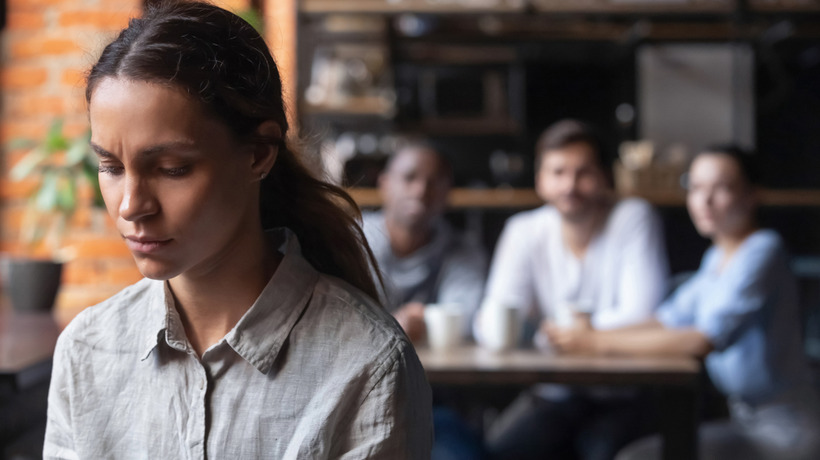 When it comes to subtle acts of exclusion, you may be surprised to learn you have more control than you think you do. Exercising this control will help you own your power.

Whether they are purposeful or unintentional, microaggressions are slights, insults, invalidations, or exclusionary acts that target people in marginalized positions. These incidents can reinforce white privilege and undermine a culture of inclusion, creating a hostile workplace for people who are not straight, white men.

According to data, microaggressions are a workplace reality for 64% of women. And depending on racial identity or sexual orientation, many queer and BIPOC women also deal with a greater variety of microaggressions and be more likely to have to prove their competence.

Some examples of microaggressions can include: not giving proper credit, not bringing up names of certain coworkers as a way to withhold opportunities, not seeing an employee is “ready” to move up the corporate ladder (regardless of their qualifications), not sharing invitations meetings and other social gatherings, not listening to others’ input, and not sharing information.

In many ways, these subtle aggressions can be harder to deal with than explicit acts due to their covert nature. Often, this offensive behavior can leave the person on the receiving end full of questions: Did they mean to leave me out of the invite list? Did they notice that they asked everyone for input except for me or was that accidental? Did that person really say that? Was I the only person who noticed that? Should I go back and say something?

If you experience a microaggression, here are some ways you can respond:

Be aware of the narrative you are creating in your mind.

Be careful not to build a “blaming narrative” in your mind that makes you feel at fault for the interaction. Also avoid internalizing any implied messages that can make you feel unworthy or less valuable.

Turn the focus back onto the ‘Actor’ who excludes.

When you experience an act of exclusion, your flow is disrupted and you are often the one who ends up in the mental swirl of figuring out how to respond. Instead, try taking back your power back by shifting the attention and the onus of responsibility back onto the person who committed the micro-aggression. You can start this in a simple way in the spirit of clarification with a neutral question:  “I heard this meeting is happening and wasn’t on the invite. I wanted to see if I/my function could be a part of it” or “I wanted to see if you meant for me/my function to be there” or “Is there a reason my function is not represented?”  Moving the focus back onto the “Excluder” rather than the “Excluded” creates accountability and sets the bar that motivates the other party to be more thoughtful with their future actions.

Often, the ‘Actor’ will confess that they were unaware of the effect of their actions. Or they will deny that they meant their action in any way that was harmful to you. This moment is a good opportunity to offer a helpful framework to educate.  Make the distinction between “intent” and “impact”. Whether their remark or action was intentional or unintentional, it still had an impact on you. Here’s where you share your powerful truth of how their action made you feel and the effect it had on you.

Instead of “calling them out” in public, instead think about the greater good that is served by them becoming aware of this exclusion, and in this way use the spirit of ‘calling them in’. This act takes courage, so be sure to start with a nourishing in-breath! Spoiler alert: you will feel so proud of yourself after you’ve done it.

It’s not your job, but if you have the bandwidth and are feeling generous, you can suggest a better way. For instance, you tell a colleague how you feel and what would be a better option next time: “What would have felt different to me is if you had reached out to ask me if I felt it was important to be included.”

When you are really practiced, it might become easier to even use humor to make your point.  A female friend who’s a senior partner at a law firm was having an important conversation with two men who were going to continue the conversation without her as they headed into the restroom. In order to keep herself included, she jokingly said to them, “Let’s make this decision out here or else I’m going to need to come in there with you to finish up the conversation.” In this way, she was able to subtly point out their exclusionary behavior while also finding a way to include herself in the conversation.

Regardless of the circumstance, you are not responsible for others’ comfort. Instead, make decisions about how to respond by taking care of your mental health. Decide which battles are worth you taking on. Move frustration and anger through your system and share your difficult scenarios with your posse to get support (because sisterhood can absorb the frustration better than you can alone).

And, remember: the best place to put your energy is towards making your own life great.

To paraphrase a favorite quote from Gertrude Stein: “The best revenge is a successful life.”