Baldwin speaks out for the first time on 'Rust' shooting: "She was my friend" 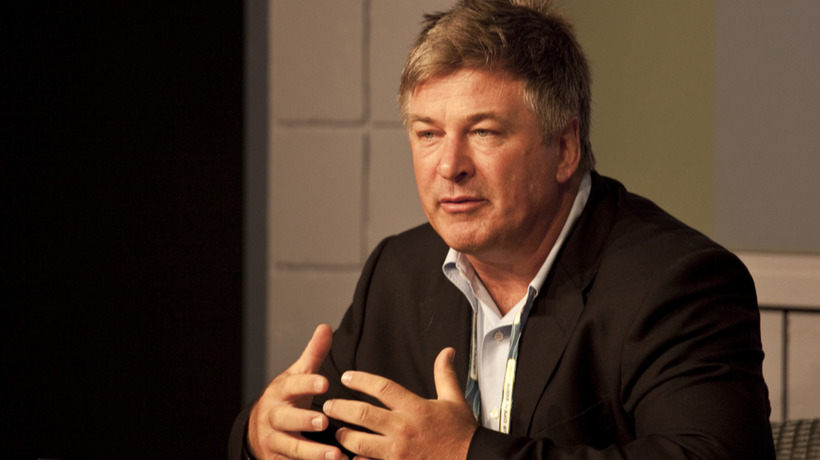 Alec Baldwin responded to the fatal ‘Rust’ shooting for the first time on camera, calling it a “one-in-a-trillion episode.”

On Thursday Oct. 21, the iconic actor discharged a prop gun on set at the Bonanza Creek Ranch, unaware that there was a real bullet inside. The shot killed Ukrainian cinematographer Halyna Hutchins and injured the film’s director Joel Souza.

Outside of his home in Vermont, Baldwin told a reporter from Backgrid that he is fully cooperating with police and talks to them daily. However, he said he could not provide further commentary, as ordered by authorities given the ongoing investigation.

“I’ve been ordered by the sheriff’s department in Santa Fe. I can’t answer any questions about the investigation. I can’t,” Baldwin said in a four-minute-long video captured by the media.

The actor, who was also a producer on the film, went on to talk about Hutchins.

“A woman died,” he continued. “She was my friend. She was my friend. The day I arrived in Santa Fe to start shooting, I took her to dinner with Joel, the director. We were a very, very well-oiled crew shooting a film together and then this horrible event happened.”

Baldwin said he is in constant contact with Hutchins’ husband, Matthew, and has met with him and their son.

“I wouldn’t know how to characterize it,” Baldwin said. “The guy is overwhelmed with grief.”

There was a moment when one reporter forgot Hutchins’ name, prompting both Baldwin and his wife to interject, criticizing them for their lack of preparedness.

A day after the incident, Baldwin posted a statement on Twitter: “There are no words to convey my shock and sadness regarding the tragic accident that took the life of Halyna Hutchins, a wife, mother and deeply admired colleague of ours….My heart is broken for her husband, their son, and all who knew and loved Halyna.”

Baldwin said that shooting of ‘Rust’ is unlikely to resume.