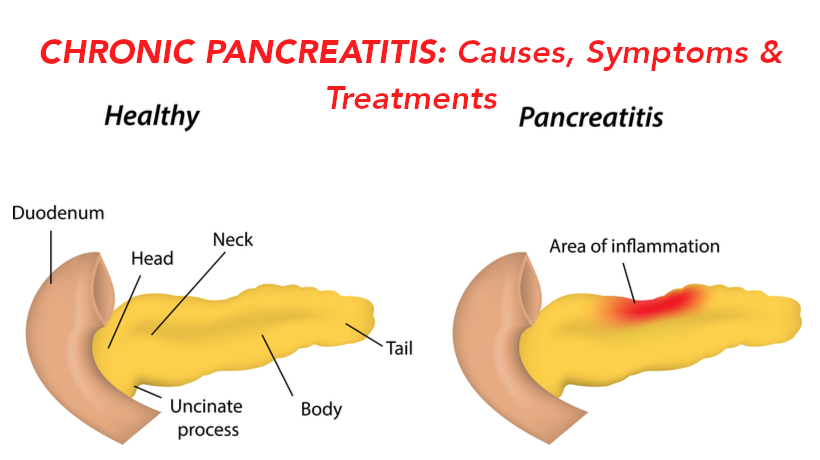 The pancreas is an organ located behind your stomach that makes enzymes, which are special proteins that help digest your food. It also makes hormones that control the level of sugar in your bloodstream. Pancreatitis occurs when the pancreas becomes inflamed and normally only lasts for a short period of time. Chronic pancreatitis is a more serious issue because it keeps coming back and does not heal for months or even years. Here are the signs and symptoms of chronic pancreatitis.

What are the dangers of chronic pancreatitis?

According to an article on Healthline medically reviewed by Judith Marcin, MD, chronic pancreatitis can lead to permanent scarring and damage. “Calcium stones and cysts may develop in your pancreas, which can block the duct, or tube, that carries digestive enzymes and juices to your stomach. The blockage may lower the levels of pancreatic enzymes and hormones, which will make it harder for your body to digest food and regulate your blood sugar. This can cause serious health problems, including malnutrition and diabetes.”

According to Harvard Health generally, people who continue to drink after one or more bouts of alcohol-related acute pancreatitis are more likely to develop chronic pancreatitis. Long-term alcohol abuse is the number one cause.

In some cases, there are other factors including:

According to Harvard Health, “Because chronic pancreatitis cannot be cured, treatment is directed toward relieving pain, improving food absorption, and treating diabetes…In rare cases, surgery to open blocked ducts or remove part of the pancreas may be done to relieve pain.”