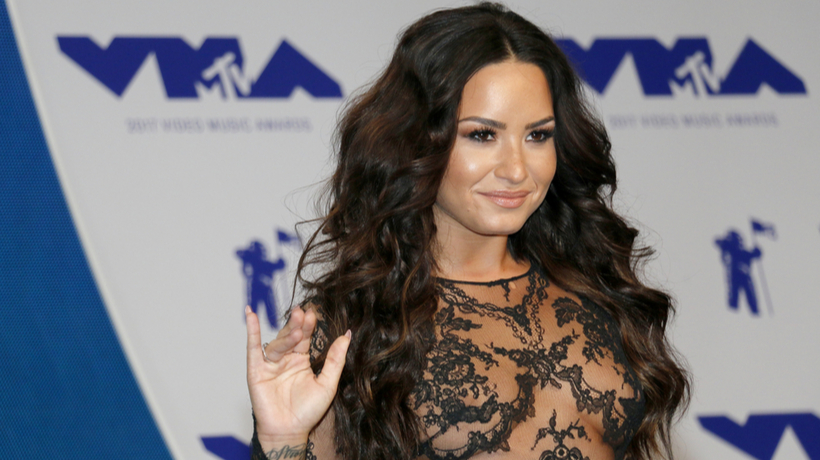 Demi Lovato shares her daily struggles of recovering from an eating disorder with an empowering message.

On Wednesday, May 5, Lovato posted on Instagram a Boomerang of a mug she made years ago. The mug reads, “I am worth it,” next to a stylized heart, which is the National Eating Disorder Association (NEDA) symbol for recovery.

“This is the @neda symbol for eating disorder recovery. I painted this at @colormemine years ago…even though I was in the throes of my eating disorder, I still made this in hopes that I truly believe it someday,” Lovato captioned the post.

“I still struggle daily. Daily. There are periods of time where I forget about my food struggles and other times it’s all I think about. Still. But that is what ED recovery looks like for some people and I still have hope that someday I won’t think about it anymore. For now my mug reminds me that I am worth it, and today I believe it,” she added.

Her battle with eating disorders became public in 2010, when Lovato sought treatment for bulimia, as well as self-harm issues, according to E! News. Since then, she has been open about sharing the journey of her recovery. In her YouTube docuseries, Demi Lovato: Dancing with the Devil, she spoke about dealing with her eating disorders and her 2018 near-fatal overdose.

“My bulimia got really bad,” Lovato explained in a 2020 appearance on The Ellen DeGeneres Show. “I asked for help, and I didn’t receive the help that I needed. So, I was stuck in this, like, unhappy position. Here I am sober, and I’m thinking to myself, ‘I’m six years sober, but I’m miserable. I’m even more miserable than when I was drinking. Why am I sober?’”

After leaving her previous management team, she signed with Scooter Braun. Lovato spoke about him getting her a real birthday cake after years of having a watermelon iced with frosting by her previous team. “I just remember crying because I was finally eating cake with a manager that didn’t need anything from me and that loved me for who I am and supported my journey,” she explained.

Lovato shared that her latest album, Dancing with the Devil, has allowed her to “feel absolutely amazing.” “What I learned about myself while writing this album is that I’m a catch,” Lovato said during her iHeart Radio Album Release Party in April. “This album helped me fall in love with myself because I’ve never been able to really feel super confident and stable on my own,” she said.

If you or someone you know is battling an eating disorder, please contact the National Eating Disorder Association at 1-800-931-2237 or go to NationalEatingDisorders.org.