Demi Moore to be a “Kooky Unhinged” Grandma! 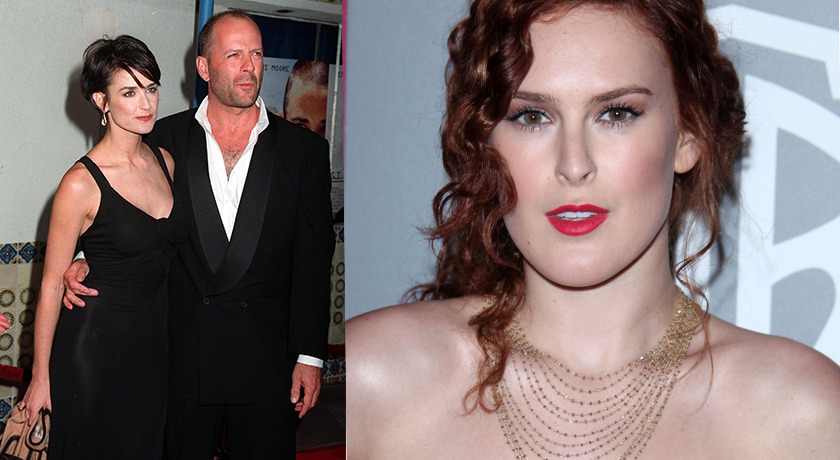 Rumer Willis, actress and daughter of fellow Hollywood stars, Bruce Willis and Demi Moore, announced yesterday, via Instagram, that she is expecting her first child with boyfriend Derek Richard Thomas. The couple posed for a few photos, the first one with Rumer standing beside Derek showing off her baby bump, as he is hugging her belly and giving it a kiss.

Thomas is the frontman for indie rock band Vista Kicks, debuting with their first EPs, Babe and Chasing Waves, back in 2016. Neither Thomas nor Willis have confirmed when they started dating, but they’ve been familiar with each other on social media since May of this year, and officially posed as a couple for the first time this past November. Everyone, including the House Bunny star’s parents and siblings, have expressed their joy and excitement for the couple’s big step into parenthood.

Both Demi Moore and Emma Heming Willis, Bruce’s wife and Rumer’s stepmother, have taken to Instagram to show their support for the new parents-to-be. They each reposted the same collection of photos as their daughter, Demi’s caption reading, “Entering my hot kooky unhinged grandma era” and Emma’s saying, “Baby news is happy news!!!…” Rumer’s younger sister, Scout, also commented on the original post, “I feel so good, what a joyful hard launch party”.

Demi and Bruce married in 1987 and share three children together, Rumer, Scout, and Tallulah. They divorced in 2000, but have since remained very close to each other. In 2009, Bruce took Emma Heming as his second wife and they too had children of their own, Mabel and Evelyn.

Moore has expressed her friendliness and acceptance of her ex-husband’s wife numerous times via social media. Last year, Moore posted a photo of herself for International Women’s Day and tagged Heming Willis in it, saying, “I #SeeHer as family who I am honored to call a friend…the woman that she is absolutely inspiring.”

Earlier this year, Rumer announced that her father, Bruce, was stepping away from acting after being diagnosed with the brain disorder, aphasia. Since then, the entire Willis family has shown their continuing support for Bruce and have focused on spending time with each other, getting together for a holiday photo a few weeks ago with Bruce, Demi, Emma, and all the kids.

A big congratulations to Rumer and Derek on the big announcement and we hope for a safe and healthy pregnancy for the mother-to-be.