Denzel Proposed Three Times to Pauletta Before She Accepted 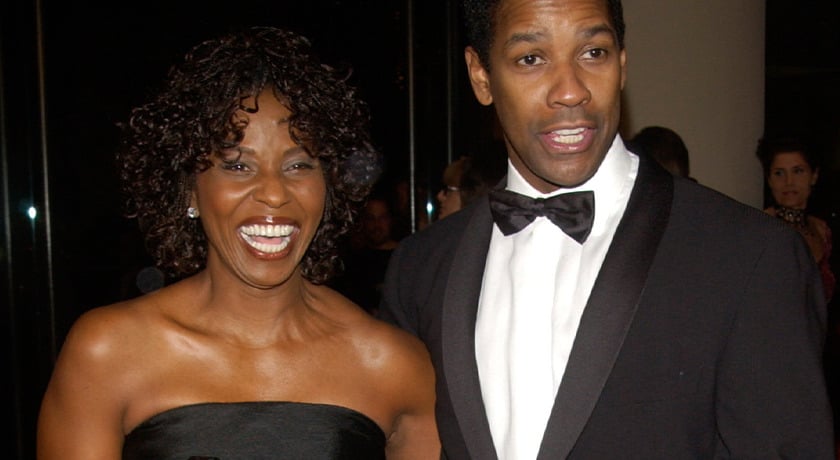 Denzel and Pauletta Washington have been married for 39 years. The couple first met on the set of Wilma in 1977, Denzel’s first role on-screen as an actor. It wasn’t until a year later, when Pauletta and Denzel worked together again, that the romantic interest began, says Brides.

The two were later married in June 1983. But Pauletta didn’t make it easy for Denzel. He proposed to her three times before she finally accepted. When the two recalled the proposal together in Access, according to Brides, Denzel asked Pauletta why he was rejected twice.

“Because I said no,” was the reply. “And then the third time we did it.”

Without Pauletta, who is five years older, “I wouldn’t survive,” Denzel told People. She and Denzel have grown together and supported each other as artists.

Pauletta was there to see Denzel’s first Oscar win in 1990, according to another article from People, and more recently attended the ceremony for his lifetime achievement award. Denzel’s children attended the American Film Institute’s ceremony to honor him with the award, and he took the opportunity to honor his wife.

Standing to thank the institute for his award, he praised Pauletta’s talent as a musician, and reminded the crowd of her graduation from Julliard, calling their children “their greatest production,” writes People. Pauletta has been essential in supporting his career, and Denzel “wouldn’t know what it would mean not to have her by my side.”

Julia Roberts similarly praised the family, saying she remembers meeting the family and admiring how Denzel put his family first, which inspired her to live her life “with the same values.”

Denzel has nothing but praise for his wife, stating, “I married up!”

“The difference between a house and a home, it’s a big difference. You can buy a house, but that doesn’t make it a home – and not to say a man can’t make a home a home, but my wife has made our house a home, and raised these beautiful kids and protected them and sacrificed for them, she did the heavy-lifting,” he explained.