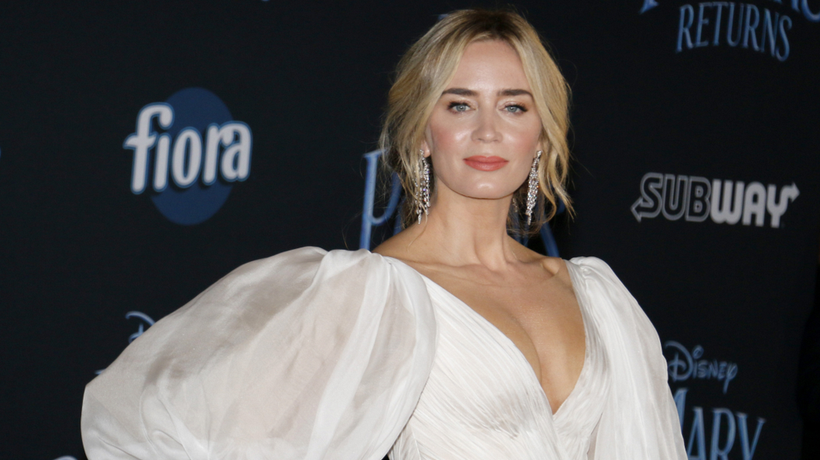 Many people may not know this about the successful actress Emily Blunt, known for Devil Wears Prada and A Quiet Place, but she grew up with a severe stutter.

“Once a stutterer, I feel, always a stutterer,” Emily Blunt tells Marie Claire magazine about her years growing up with a speech impediment that prevented her from reading poems aloud or even saying her name as a kid.

“My stutter really started to take hold around six or seven and then kind of got progressively more challenging for me, and as I reached about 11 or 12, it was pretty ingrained,” Blunt told the publication.

Reading out loud in class and even calling her friends was difficult. “I could never say my own name if someone said, ‘What’s your name?’ Because you can’t substitute a word out, which is what we tend to do to find a better flow. You substitute another word that’s easier, and you can’t substitute your name. So I realized quickly as a kid, any pressurized situations were quite hard for me.”

“It wasn’t the whole part of me; it was just a part of who I was,” Blunt tells the magazine. “There were certain people who liked to define me by that. That was tough. I decided not to really spend time with those people. I’ve probably only now come to realize that everybody has something growing up. That just happened to be my thing.”

Blunt has a message for anyone else suffering from a stutter that feels misunderstood.

Blunt even says that stuttering is what brought her to Hollywood. When she was 12-years-old her teacher Mr. McHale asked her if she would be interested in doing a play. When she said no he replied with, “I think you can do it. I’ve heard you doing silly voices and mimicking people. So if you did it in a silly voice, would you consider doing it? Why don’t you do it in an accent?”

“Suddenly, I had a fluency. The removal of yourself from yourself, in some ways, was freeing. I agreed to it, and I did speak completely fluently.”

After that experience, Blunt says she still didn’t have a ‘burning passion’ for acting. She did, although, enjoy acting in her school plays. “But then I did a play at boarding school that went to the Edinburgh Festival Fringe.” Emily’s teacher had an agent and called him to say he “had to come see this girl.”

Blunt said, “He came to see me and said, ‘I think you’re really good. Do you want to try this?’ And I said OK. I had a really casual attitude toward it, and that maybe is no bad thing. It’s such a competitive sort of soul-devouring business. I enjoyed auditioning because I didn’t have any pressure; I didn’t need to win. If it didn’t work, it was OK. It was just something I thought I’d try, and then I’ve fallen madly in love with it. I can’t imagine doing anything else now. I don’t know what I would do, nor would I be qualified anything.”

As for how acting has saved her she says, “In your everyday life, when you’re talking to somebody, let’s say you access A, B, C, D of your brain. But when you act, when you have to go somewhere emotional and go somewhere that is not you, you access this whole other side of your brain that activates, and it frees you up. “

“You’re accessing a completely different side of your brain with line memory, with a real removal of yourself from the situation, and acting is sort of the ultimate form of empathy. You’re empathizing with someone else’s dilemma, with someone else’s life, and so I think it frees you up.”

Blunt says she never thinks about her stutter anymore when considering a role.