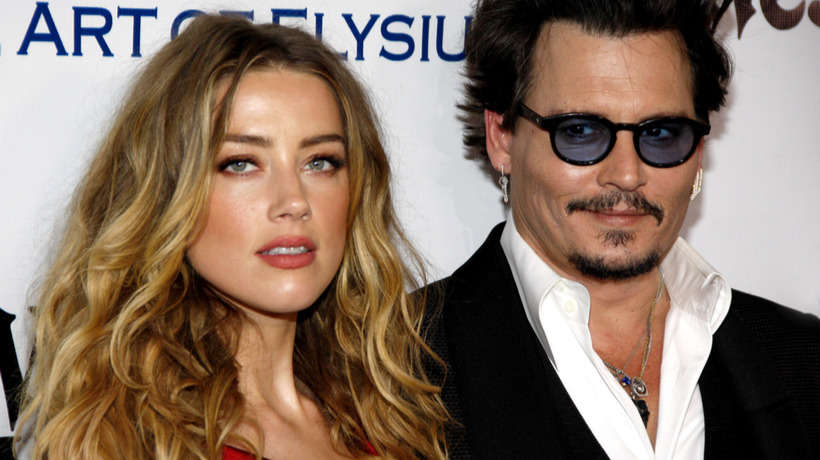 While on the stand in the ongoing Depp vs. Heard defamation trial, a once-time close friend of Amber Heard testified that Johnny Depp joked on their wedding day about ‘being able to freely hit his wife,’ reports PEOPLE.

On Tuesday, a pre-recorded deposition of iO Tillett Wright from January was played in the Fairfax, Virginia courtroom. The witness said he also considered himself to have developed a friendship with Depp while the actor was in a relationship with Heard —  and that he had never personally witnessed physical abuse.

Depp, Wright recalled, made an intemperate joke on the day of his and Heard’s wedding in February 2015:

“As we were walking back from the ceremony [to the reception] … I was walking with Johnny and congratulating him that they pulled it off and they did it, you know. And he said, ‘We’re married — now I can punch her in the face and nobody can do anything about it.’ “

Wright added that he and Depp had “a lot of discussions” about the actor’s relationship with Heard.

“In the very beginning, [Depp] expressed that … he was so in love that it made him feel crazy,” said Wright.

“He expressed that he thought she was cheating on him and sleeping with her costars…. I said to him, ‘Listen, I know her, I think, pretty well and I talk to her a lot. I think if she was having an affair I would be one of the very few people that she would tell about it. I don’t hold secrets or lies for anybody, and I would tell you if that was happening so you could make your own decisions,’ ” he continued. ” ‘But as far as I know that’s really not the case. She’s really in love with you. And I think that she also is worried that you are having affairs because both of you are used to being sex symbols on earth. Both of you need to accept the fact that you’re really in love with each other and lean in and be together and love each other.’ “

“And [Depp] told me that sometimes his jealousy would make him feel crazy and outside himself and that he had to get it under control. And that it would cause them to fight,” said Wright.

Last month, during Heard’s lawyer’s cross-examination of Depp’s neighbor and longtime friend Isaac Baruch, October 2016 text messages between Depp and Baruch were shared with the jury. In one of the texts, Depp said that he hoped Heard’s “rotting corpse is decomposing in the f—–g trunk of a Honda Civic.”

During his own testimony, Depp claimed that he simply has a “dark” sense of humor and that he was “embarrassed” by his language in past texts.

Under oath, he added, “Never did I myself reach the point of striking Ms. Heard in any way, nor have I ever struck any woman in my life.”

Heard is countersuing Depp, claiming that he has created a smear campaign to discredit her domestic abuse allegations.