Kari Byron on Stereotypes, Being Courageous and More 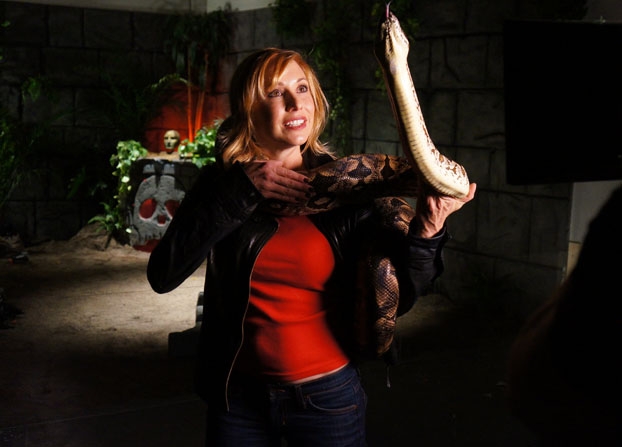 We recently spoke with Kari Byron of MythBusters about the myths she finds most intriguing, what it means to be a couragous woman and her responses to common stereotypes. Take a look at her insights.

As someone with a background in art, how would you respond to the myth that most people can’t be both artistic and strong in fields like science and math?

It is always strange to me that science, math, and art are compartmentalized separately.  I started to love science when I realized how much it was like art.  It is all about exploring curiosity.

I like the term STEAM.  It is an amendment to STEM that adds Art. Historically, Arts and Sciences walked hand in hand, look at Leonardo da Vinci.

What upcoming MythBusters episodes do you find the most intriguing?

We have done some myths surrounding stereotypes, a Battle of the Sexes.  I really liked exploring human behavior.

What are some outrageous myths that aren’t being planned for the show but you’d like to test?

We  always find a way to  test what we’re interested in. Sometimes we have a myth on the books for years before we figure out how to do it. We have sourced a jet engine, a rocket sled, bomb ranges, and more. Sooner or later we get it done.

You never planned to be on television, but it turned out to be a great fit. What advice do you have about staying open to unexpected opportunities?

Before MythBusters, I wasn’t fulfilled working where I was, working in advertising and sales. I was good at it but didn’t love it. Walking away from a steady paycheck to an internship at M5 Industries, where Mythbusters began, seemed like a crazy, scary move. I was going to be working for free and working a night job to support myself.  But I prefer to live by the mantra “Why not?”  That phrase started all my best adventures.

What is your definition of a courageous woman?

A courageous woman is one who is scared to jump but does it anyway. It wouldn’t be brave if it weren’t scary.

What’s the best piece of advice you’ve ever received?

Give back. Nothing has ever made me feel better about how far I have come like helping someone on their way. It is hard being a working woman, we need to help each other.