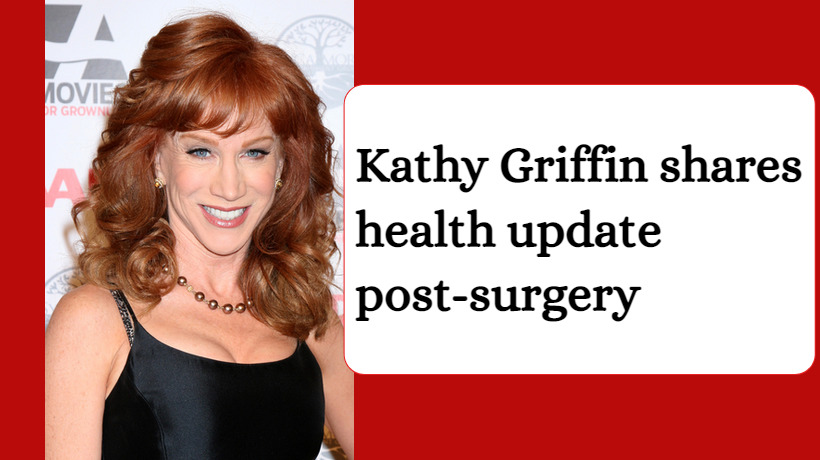 One day after Kathy Griffin shared the news about her lung cancer diagnosis, the award-winning comedian shared on her social media updates on her health status.

On her Instagram account, the 60 year-old actress expressed her gratitude for all the encouraging messages she’s received since sharing the news of her cancer.

“Wow! I’m so grateful for all the love you guys are sending me,” Griffin wrote in the caption of the Tuesday post. “Surgery went well yesterday. Phew.”

On Monday, Griffin announced that she had been diagnosed with Stage 1 lung cancer, despite having never smoked before in her life. She released the news on social media through a Twitter post:

Despite the upsetting announcement, Griffin indicated that she felt hopeful going into the surgery and that her doctors remained optimistic.

“I should be up and running as usual in a month or less,” she said via Twitter.

On Monday night, in an exclusive Nightline interview, Griffin shared more about her other health struggles over the last several years, including her dependency on prescription medication and experience with suicide.

“I mean, who bottoms out and tries to take their life at 59? It’s almost a joke, right, and by the way, someday, this will all be comedy,” she said. “Trust me… I was laughing to stay alive. And what I found is I felt like if I can’t make others laugh, then there’s no purpose for me to live. There’s no reason for me to live,” the actress said during the interview.

“I was very nervous about opening up on @Nightline re my suicidal ideations and my prescription pill addiction,” she wrote in the caption. The image, a keychain, stood as a marker of her sobriety.

“This keychain means the world to me. One day at a time,” she wrote.