Kathy Hochul sworn in as 57th governor of New York 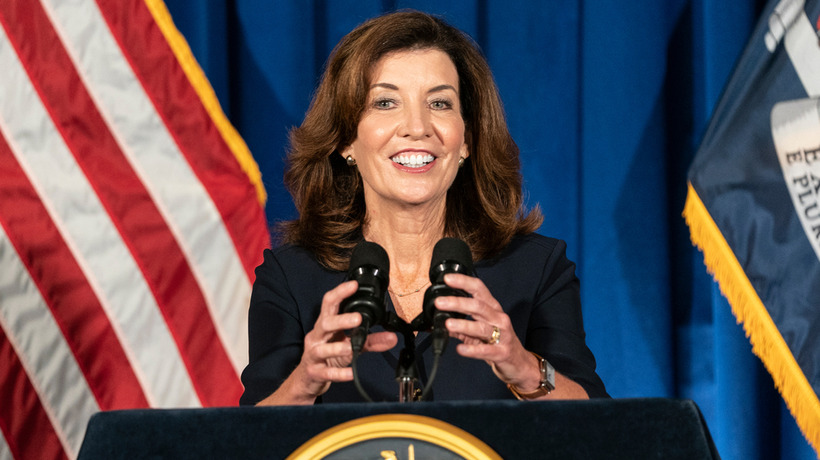 The ceremonial event took place shortly before 10am in the State Capitol building in Albany, hours after she was officially sworn in during a private ceremony just after midnight, replacing her predecessor Andrew Cuomo. The longtime governor recently resigned amid multiple scandals and allegations of sexual harassment, including a report from the state attorney general that found he sexually harassed 11 women.

“I want people to believe in their government again,” Hochul said during a brief news conference shortly after she was sworn in. “Our strength comes from the faith and the confidence of the people who put us in these offices, and I take that very seriously.”

Prior to her ascension to the governor’s office, Hochul served as Cuomo’s Lieutenant Governor for six years. However, in her first statements after the swearing in ceremony, Hochul sent a deliberately strong message that her leadership would not carry over the same noxious atmosphere as the previous administration.

“No one will ever describe my administration as a toxic work environment,” she said.

During the midnight ceremony, Hochul chose to wear an all-white dress, as did her daughter and her daughter-in-law, in honor of the women’s suffrage movement. She described the moment as being very emotional for her, especially given the absence of her late mother.

In a statement she gave to local news, she said how she ““thought about all the women that came before me, including my mother who was not there, but a lot of women through history, and I felt they passed the torch to me.”