6 Reasons Why Men Are Intimidated by a Strong Woman 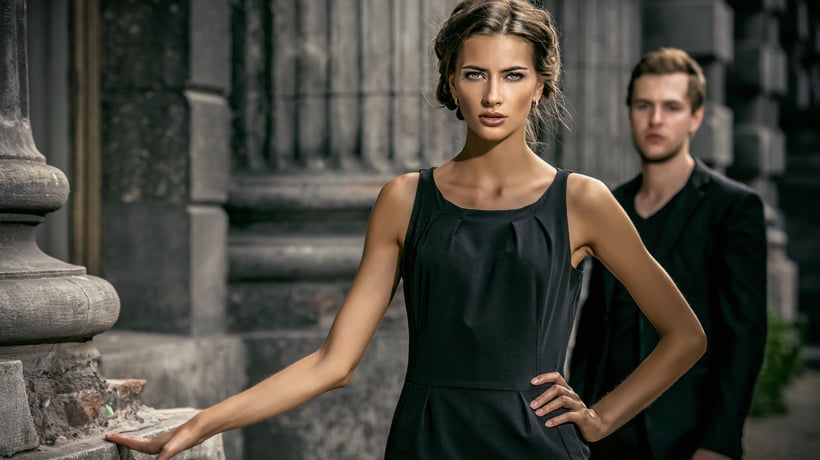 The rise of the alpha female has been feared by men since man first created the wheel. Whether you’re already an Alpha, or if you’re about to don your Supergirl-onesie for the first time, here are some things you do that make men sweat.

Alphas challenge!
Most men are not well equipped to be challenged by a woman. The truth is that the sons of the world have only had a handful of generations to adjust to women ‘becoming.’ The modern man has made a good amount of progress, but being challenged by women is still new and he doesn’t know what to do with that.

She will make her man prove himself
If we’re being honest, men have had the easier end in relationships since the beginning. However, it’s no longer enough for a man to simply show up, he’s got to prove his worth or get left behind. The man who has gotten comfy on the couch in his underwear is terrified because now he has to work harder for what was once handed to him.

She may make more money than he does
Wages aren’t equal yet, but remember how far women have come; your grandmother’s mother may have been alive when women couldn’t vote. That is a lot of change in a relatively short period of social-time. On one hand, the good man denies no one their chance at prosperity. On the other hand, we’ve been king of the hill a long time and don’t relish giving it up.

What does a strong, independent woman want?
The Alpha has goals. A man wants his woman happy, but what does a self-assured hard-charging women want? Do you want a monk on the streets and a punk in the sheets? Tom Hardy, Tom Hanks, or Tom and Jerry? Do you want a foot rub, or a high five, or should I just go? It can be a stimulating challenge or a reason to give up.

How does he hunt now?
GERP: GERP hunt bear.
GERP’S WIFE: Um, I already caught, skinned and cooked the bear for this month.
GERP: Fine, GERP go fishing.
Men are hunter/gatherers, hardwired to seek, spot, hunt, kill, provide. But women are in the workplace doing work that belonged to him not long ago; competing for promotions, parking spots, or even for other women! Men like to compete but are still surprised when a woman is more confident or stronger than they. It feels like women are trespassing in man territory.

He thinks every Alpha Female is controlling
The secret society of manly-men have spread the lie that every Alpha is a controlling bitch. If you are controlling, you’re his walking nightmare. Strong women are depicted in male-dominated culture as cold-hearted, bossy prudes. Women have to prove themselves to everyone over and over again because of this ugly stereotype. But I’m not worried, you’re not quitters.

Men and women are evolving socially at a very fast pace. The uncertainty of modern economics and power leads to stress, which leads to fear, which leads to prejudice. So if your man is having issues with you leaning in, give him a little while, work on it together, us guys are worth it, trust me.