Panic Attacks and Anxiety Episodes May Be Linked to Vitamin Deficiencies 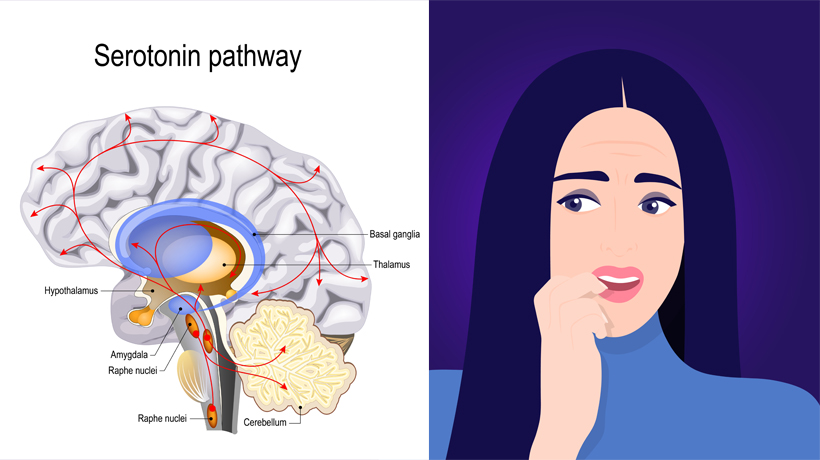 When you think of mental health disorders like panic and anxiety, you might not consider nutrition, or a lack thereof, an important factor in their development. While some see these disorders as products of different factors like the environment in which people live, they may also stem from one’s bodily ecosystem. Research points to certain vitamin deficiencies as key components in the culmination of panic attacks and anxiety episodes.

Vitamin B6
There have been several studies that point to vitamin B6 as a major mood regulator, and it plays an important role as a cofactor in the synthesis of serotonin. According to a 2013 study conducted at the Okayama University Graduate School of Medicine, Dentistry, and Pharmacological Sciences, serotonin is the neurotransmitter responsible for pleasant, calm moods, and its depletion can alter mood significantly to heighten anxiety and feelings of panic. In the study, patients undergoing a panic attack or a hyperventilation attack were found to have lower levels of vitamin B6 serum than the other 20 volunteers in the study.

The National Institute of Health further links Vitamin B deficiency with depression, anxiety, phobias, and other mood disorders.

Iron levels
Another deficiency that is key to the 2013 study and is a link to anxiety and panic attacks is iron. Similarly to vitamin B6, iron serum levels were low in patients with panic disorders over those of volunteer participants. Iron is also an important cofactor in the synthesis of serotonin, just like vitamin B6. Having low iron levels can lead to anemia and has been associated with fatigue, weakness, depression, anxiety and panic attacks.

A study by BMC Psychiatry found that iron deficiency increased the risk of psychiatric disorders, including mood disorders, autism spectrum disorder, attention deficit hyperactivity disorder, and developmental disorders in children and adolescents. One study by the Journal of Nutritional Biochemistry states, “An accumulating body of evidence indicates that both energy metabolism and neurotransmitter homeostasis influence emotional behavior, and both functions are influenced by brain iron status.”

A variety of other vitamins may also prove beneficial to overall health if taken as designated by your health provider, but there is not significant scientific evidence that supports their connection to anxiety disorders quite like vitamin B6 and iron.

Other types of vitamin B, such as B12, have a link to anxiety, depression, and panic attacks, but there is less substantial evidence. Anxiety disorders like panic attacks can also be treated with a well-rounded diet in addition to other lifestyle changes simply because they benefit your general wellbeing, and this will naturally boost your mood.

While anxiety can seem like an invisible and intangible illness, it’s important to consider that its origins can actually be physiological.