Shannon Doherty opens up about living with stage 4 breast cancer: "It's a part of life at this point." 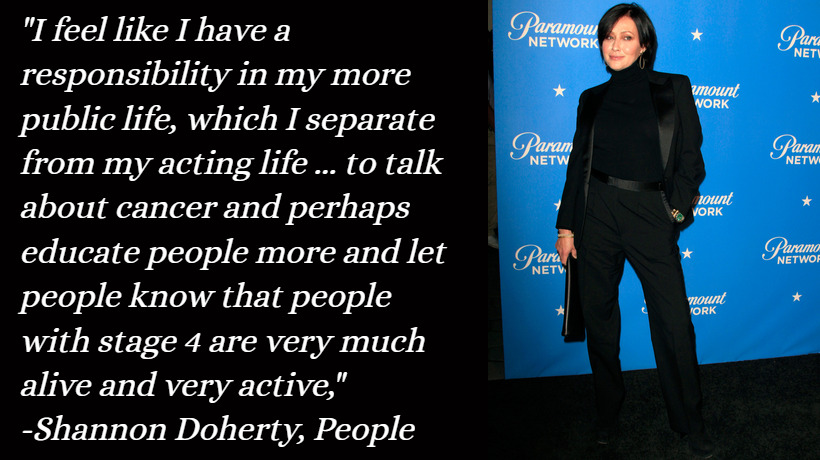 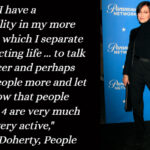 Shannon Doherty is set on living a full life despite being diagnosed with Stage 4 breast cancer last year.

The 90210 star was first diagnosed with breast cancer in 2015. After extensive treatment, she entered remission two years later, but revealed in 2020 that her cancer had returned as stage 4.

“I feel like I have a responsibility in my more public life, which I separate from my acting life … to talk about cancer and perhaps educate people more and let people know that people with stage 4 are very much alive and very active,” the actress told People during a virtual panel for her upcoming Lifetime movie List of a Lifetime. The movie centers on a woman who has been diagnosed with breast cancer.

“My husband says that you would never know that I have cancer,” the Charmed star added. “I never really complain. I don’t really talk about it. It’s part of life at this point.” Doherty married photographer Kurt Iswarienko in 2011.

Starring Kelly Hu and Sylvia Kwan, the new Lifetime movie centers on a woman who has been diagnosed with breast cancer. The health news then prompts her to find the daughter she gave up for adoption years ago. When she reconnects with her daughter, she discovers a new meaningful relationship she didn’t know she needed.

Doherty said she was drawn to the film after reading the script and said that the project was the “first acting thing I’ve done about cancer.” The 90210 alum said that since her diagnosis, she’s been “pretty careful” about bringing her craft “into that world.”

“I didn’t have to give anybody advice because [of director Roxy Shih] and these beautiful ladies who did such a beautiful job with their own preparation process,” Doherty said of her List of a Lifetime costars. “We all showed up and honestly … this was truly an unbelievable pleasure to be a part of, and I was blown away every second that I got to work with these amazing ladies.”

“I want people to not hear stage 4 cancer and think of the person that is gray and falling over and they can’t move and they’re going into hospice and they can’t work,” she said in an interview with Entertainment Tonight in October. “You get written off so quickly, even though you’re vital and healthy and happy and wanting to go out there and work.”

“Everybody’s terminal,” she added. “I might live a lot longer than somebody who’s perfectly healthy. You have no idea.”