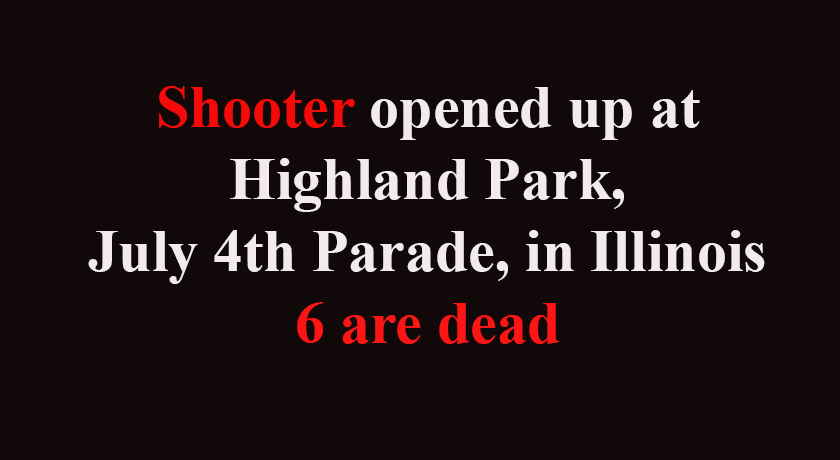 Today is a day for celebration, but not for residents of Highland Park, a suburb of Chicago. During the July 4th parade a shooter opened up and according to CNN killed at least 6 people, while injuring at least 24 others who have been brought to hospitals in the area. According to ABC7 Chicago, a father put his son in the dumpster to protect him, when hearing the shots fired.

The suspect is considered to be armed and dangerous. People who live in the downtown Highland Park area are being asked to stay inside, by Mayor Nancy Rotering.