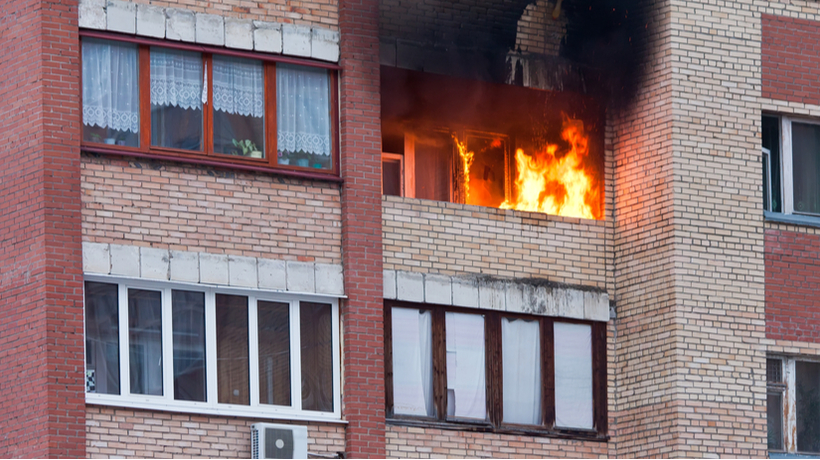 Featured image via Shutterstock and does not show actual scene. For representational purposes only.

Heartbreaking details have emerged in the wake of a tragic New York City fire that killed 17.

The fire, which devastated a 19-story high rise apartment in the Bronx on Sunday, was originally reported to have killed 19, a number that was later revised to 17.

According to People, 23-year-old Fatima Drammeh lost four of her family members in the blaze. Among the deceased are Fatima’s mother, 50-year-old Fatoumata Drammeh, her brother, 12-year-old Muhammed Drammeh, and her sisters, 21-year-old Fatoumala Drammeh and 19-year-old Aisha Drammeh.

Fatima’s cousin, Nhuma Darame, set up a GoFundMe campaign to raise money for Fatima, who was at work when she learned that her family had been killed in the tragedy.

“The fire that took place on January 9th, 2022 in the Bronx has left residents of the building and the community heartbroken and devastated,” wrote Darame in the campaign’s description. “As a community, it is our duty to come together during times likes [sic] this and help one another in any way that we can.”

The campaign, which has raised nearly $125k as of Wednesday afternoon, will go toward Fatima’s housing expenses and medical bills for her 16-year-old brother Yagub Drammeh, who was rescued from the building and is currently hospitalized.

Another Bronx resident, Yusupha Jawara, reported to the New York Daily News that his two nieces and two nephews lost their parents, 47-year-old Hagi Jawara and 31-year-old Isatou Jabbie, in the fire.

According to the publication, the children were not home during Sunday’s fire and do not yet know their parent’s fate. The family is still desperately trying to decide how to tell them what happened.

At this point, authorities believe the fire was caused by a faulty electrical heater. According to WABC, among the 17 dead are eight children, and a total of at least 44 people were injured. Thirteen others are said to be “clinging to their lives” in local hospitals.