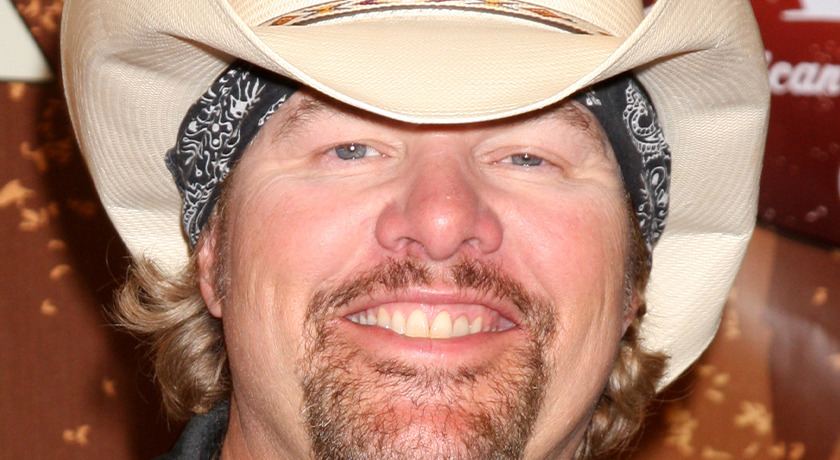 Whether or not you’re a country music fan, you know who Toby Keith is. Even if you don’t know him by name, you’ve been to a party where “Red Solo Cup” has either been played over the speaker or you reached that point in the night where everyone erupts in their own off-key, a capella rendition of the classic party song.

Back in June of this year, Keith revealed to the public that he had been battling stomach cancer since the fall of 2021. Keith and his wife, Tricia Lucas, have been married for 38 years and raised 3 children: 2 daughters (Shelley and Krystal) and a son (Stelen). Their two daughters have made Toby and Tricia grandparents and the family seems to be very supportive in this difficult time.

The country star has always shown love towards his family’s support for him, stating back in 2015 that, “I absolutely love performing and writing songs, but being at home with my wife, Tricia, and my three kids is the best feeling of all,” and later stating after his diagnosis, “I am looking forward to spending this time with my family…”.

Keith, in recent weeks, has made a few public appearances, including receiving the BMI Icon Award back in early November. BMI, or Broadcast Music Inc., is a music organization that allows singers and songwriters to maintain rights to their music as they release it to the public, according to their website. They hold annual award shows for artists that associate with them and this year, Keith was given the BMI Icon Award, which is awarded to artists who express, “unique and indelible influence on generations of music makers”, sharing this honor with musical legends like: Dolly Parton, Willie Nelson, and Merle Haggard.

Keith has also made recent appearances on CMT’s Hot 20 Countdown with Cody Alan, stating, “I’m thinking about getting back into fighting shape…as long as everything stays hunky-dory, then we’ll look at something good in the future”.

Toby made a surprise appearance at Jeff Ruby’s Steakhouse in Lexington, Kentucky back in early November where he covered “Sitting on the Dock of the Bay” by Otis Redding and “Sweet Home Alabama” by Lynyrd Skynyrd. It was the first time Toby had given a live performance since coming out about his illness.

It seems Keith is fairly optimistic about getting better and taking back to the stage sooner rather than later. He expresses a great deal of gratitude towards his family and fans for supporting him through this long and enduring road to recovery.