Woman And Her Two Dogs Killed In Freak Lightning Strike 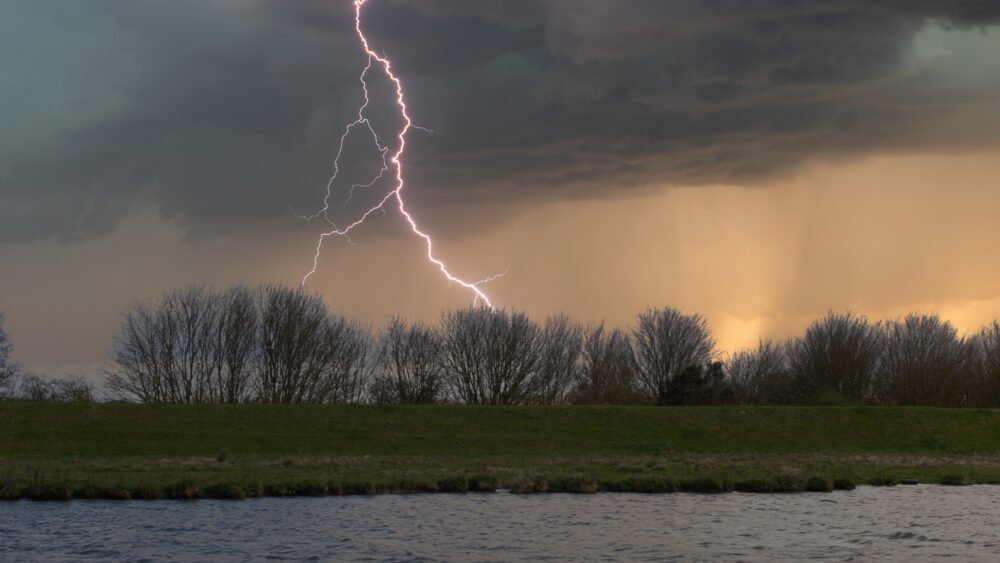 Antonia Chavez was walking her dogs along the San Gabriel River on Wednesday morning when a freak lighting strike killed all three of them, according to PEOPLE.

Chavez was discovered when police responded to a call about her around 8:50 AM. Police then found her two deceased dogs alongside her.

“It was a female Hispanic adult who had been struck by lightning and did not survive her injuries,” Los Angeles County Sheriff’s Sgt. Jonathan Branham told CBS News in a statement. “She was walking two dogs and the dogs were also deceased.”

According to CBS Los Angeles, the lightning strike was from a storm that had originally been a monsoon formed in Baja California, from where it later traveled south.

According to PEOPLE, per Fox 11, “the last time someone was killed by a lightning strike in Southern California was in 2014.”

In light of this incident, Pico Rivera City Manager, Steve Carmona, advised residents to remain cautious amidst the current thunderstorms.

“Today’s incident is a strong reminder that people and organizations must exercise extreme caution and stay indoors a much as possible during a thunderstorm,” he said on Wednesday, per Fox 11. He goes on to explain that lighting strikes are “rare in Southern California,” and that they occur most frequently at night. However, just because they are rare doesn’t mean they don’t exist. As of now, there are “over 3,700 lightning strikes recorded in the region.”

Carmona also advised residents to “Be cautious, be careful,” and called the incident a “tragic accident.”