Dating Deception: Signs of Catfishing & How to Deal 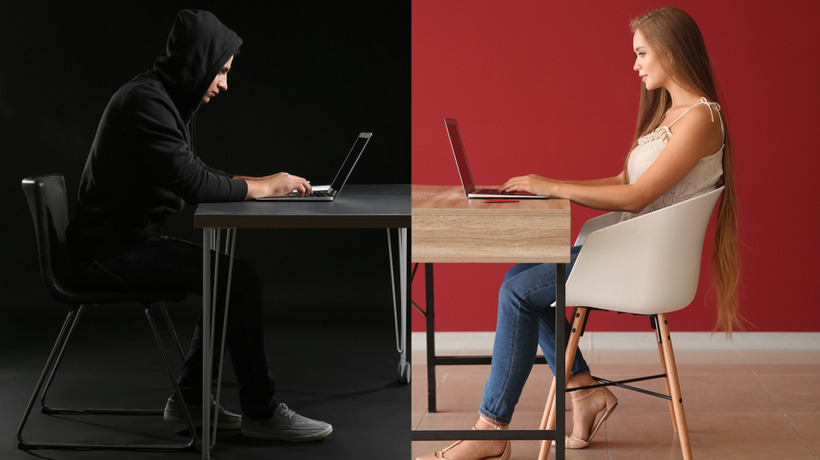 By now, many people are aware of the dangers of catfishing. And yet, it is still so easy to fall prey to scammers if you’re not careful. Especially in the age of online dating and social media, catfishing has become more prevalent–-and pervasive–-than ever before. According to a 2020 survey of over 900 participants, nearly one out of four women admitted they had been the victim of a catfishing scheme.

So why do so many of us continue to be targeted by these scams, and how do we protect ourselves?

No, it’s not just the fish with whiskers. This extreme form of dating deception, “catfishing” refers to the false representation of oneself online. In many cases, “catfishing” involves the creation of an entirely fictional persona or identity. Very often, these scams will take place in the online dating world, where individuals lie about their identity to a potential romantic partner, without the intention of ever meeting in-person. According to WebMD, there are many reasons as to why someone may catfish another person, including:

The term “catfishing” first gained traction from the 2010 American documentary Catfish, which follows executive producer Nev Schulman and his own experience being catfished online by a 40 year-old housewife pretending to be a 19 year-old girl.

If you frequently socialize with people online, it is important to be vigilant for potential spammers. Here are some warning signs to watch for that may indicate you are being catfished:

They Avoid Showing Their Face

Almost always, catfishers will avoid revealing their true physical appearance at all costs. This includes repeatedly refusing phone calls, video chats, and any form of face-to-face contact. Especially after talking for a long period of time online, they will consistently find excuses not to meet in-person or over video/audio. “My computer is broken,” “I’m shy,” “I have an appointment and can’t talk.” They will refuse to send any type of candid photo, including in-the-moment selfies, as they may be using a select number of stolen photos from another online profile. If they can’t send any photos besides what’s on their dating profile or social media, there may be a chance that they’re a catfish.

They Ask for Money

They’ve popped the million-dollar question: asking you for money. In many cases, they may not explicitly ask, but build up to the question by talking about a hardship, or a family member in need of financial help. These tactics try to get you to let you guard down, but don’t be fooled! Any stranger online who asks you for money is a HUGE red flag, and almost always an indicator of a scammer.

Their Online Accounts Don’t Have Many Friends or Interactions

If you have been talking to someone online for a while, but notice that their social media profile has little engagement or followers (meaning, practically none), there’s a good chance it’s a fake profile.

Their Story Seems Too Good to Be True

Catfishes will often make up highly-unlikely stories to fit your life. They may tell lies about having high-level jobs or familial wealth to make themselves seem more attractive, or possibly invent stories designed to make you feel sorry for them. Whatever the case, if you find that these stories seem a bit too far-fetched too be legitimate, then trust your instincts: it’s probably too good to be true.

They are EXTREMELY romantic right away

Everyone likes feeling desired, but a catfish may “lovebomb” you, or in other words, overwhelm you with loving messages that feel a bit too much early on. After only a few days or even a few weeks, they may try to get you to commit to a relationship with them, in an attempt to ‘fast-forward’ the relationship.

Never send any nude or sexually-explicit photos to a stranger online, as these could be used in the future as blackmail.

How to Deal with a Catfish

Do your own research

Try googling their name, searching through other social media profiles, or even doing a reverse image search online to find out if the person’s photos are stolen from someone else’s online profile. You can even look up their phone number, or Google search their messages to see if they pop up anywhere else.

Some catfish may try to use your information to hack your accounts. Be wary of any “security questions” they might try to ask you (ex: “What’s your mother’s maiden name?” or the name of the street you grew up on). Always keep your banking information private, including the name of your bank, and never give out any passwords.

If you suspect you may be talking to a scammer, ask them questions only someone with their reported background would know the answers to. Try asking about restaurants in their town, or perhaps a detail specific to their job.

And in the end…Block them!

If you’re pretty certain you’re being catfished by another person online, always be sure to block them on social media and report their profile.