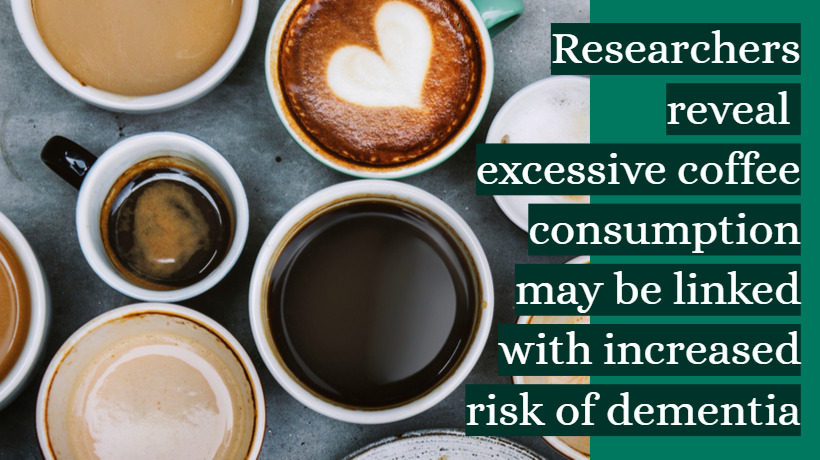 Over the years, hundreds of studies have been done on the positive and negative effects of coffee consumption. And while there are many proven benefits to moderate coffee consumption, the same cannot be said for excessive coffee drinkers.

The results demonstrated inverse relationships between coffee consumption and brain volume. In other words, the more coffee an individual consumed, the higher likelihood they were to have a relatively lower total brain volume, including a smaller hippocampus, less white matter, and less gray matter. The hippocampus is primarily responsible for learning and memory, whereas gray matter plays an important role in the body’s movement, memory, and emotions; white matter is involved in the body’s thinking, motor functions, and balance. According to WebMD, when the brain’s white matter is compromised, the aging process accelerates.

In addition to less brain volume, researchers noted that decaf coffee drinkers, people who did not drink coffee at all, and people who drank excessive amounts of coffee each day (more than 6 cups) all demonstrated higher risks for stroke and dementia. Specifically, they found that consuming six cups a day was associated with 53% higher odds of dementia, compared to consuming one to two cups per day.