Urinary Tract Infections Can Turn Deadly: Signs and Symptoms Not To Ignore 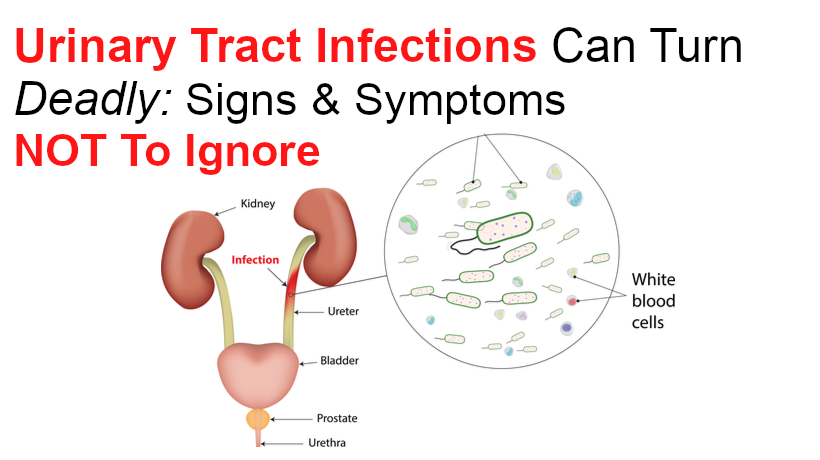 According to Judith Marcin, M.D., causes, and risk factors for getting a UTI include older age or a weak immune system. Untreated urinary tract infections may spread to the kidney, causing more pain and illness. It can also cause sepsis. (The term urosepsis is usually used to describe sepsis caused by a UTI.) Sepsis is the body’s often deadly response to infection or injury.

Here are signs and symptoms to be aware of to lessen the risk of leaving a dangerous UTI untreated.

This is one of the most important signs to look out for if you have a urinary tract infection. The burning sensation can also be accompanied by an itchy or stinging feeling when urine comes out, this is known as dysuria. It can be caused by infections or noninfectious inflammation as well, according to Am Fam Physician.

A UTI can be the main cause of an increase in the frequency of urination. This is due to the irritation of the bladder wall, which creates the urge to empty the bladder frequently. This can be even more harmful if you try to hold it in. If this is happening to you be sure to check for other symptoms.

Urine that has a strong odor

When there is an infection in the urinary tract, urine odor may become stronger according to Susan J Midthun, M.S. The main cause of the smell is bacterial overgrowth which can be mainly caused by a UTI. Slightly sweet-smelling urine can be an indication that a UTI is present.

The pelvic area consists of the bowel, bladder, ovaries, uterus, and more. It is important to note if there is unusual pain in this area. More pain can be felt if the bladder is full, which could be a sign of a UTI.

If you have one or multiple symptoms of a UTI, be sure to consult with your doctor as soon as possible.