7 Ways to Respond to Disrespectful People 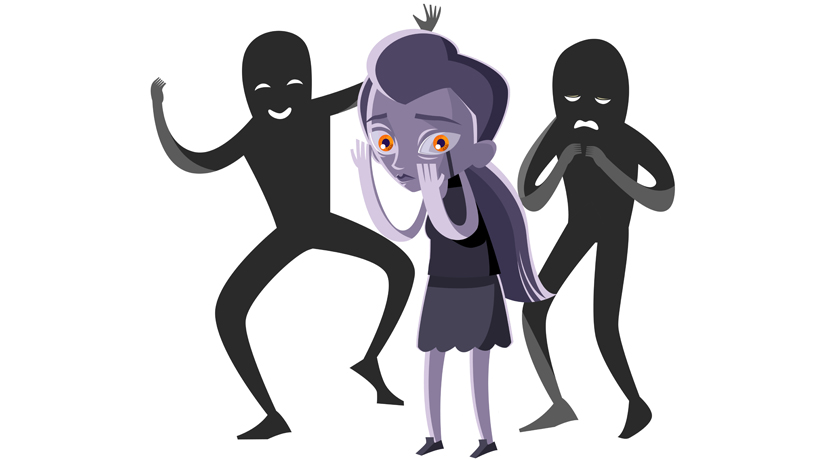 There are many varieties of people who “talk down to you.” Their words and their tone suggest they know more than you, or that you are not at their same level. It could be someone who is narcissistic. Or who ‘mansplains.’ Or who is so caught up in their passion for a topic, they lose who their audience is.

But whoever it is, the implication is that they are better or smarter than you, and that you are less knowledgeable than they are. Annoying!

Here are 7 ways to be in your power when you respond to someone who talks down to you.

1. Don’t take it personally
A person who displays the quality of condescension is a person who needs to put you ‘one down’ in order for them to feel ‘one up.’ This kind of interaction can set you up to feel disrespected and bad about yourself if you let it. Instead, remember that people with this trait often talk to many people in their life this way, indicating that it is ‘not about you’ in your specific interaction with them. Have compassion with them that they need to put people off with their one-upmanship in order to feel confident about themselves.

2. Expect it and ignore it
When you expect someone to act in their typical ways, it doesn’t catch you off guard when they act that way. By expecting their tone you can even use a little humor in your own mind by saying “Score! I predicted they would act that way and they did!” Then it’s easier to rise above and ignore it.

3. Give them feedback and indicate the benefit to them to stop
If it’s not your boss or someone in a position to evaluate you, set up a situation in which to give them feedback. “I’m not sure if you are aware of it but I find that when we interact it seems we are not on the same page…I experience that you have a tone, as if I don’t know as much as you. I’m asking you to talk to me with respect, and come into our conversation assuming we are at the same level.

4. Give them a taste of their own medicine
I don’t recommend that you use this strategy often, but every once in a while it can be effective to answer with sarcasm. It’s not effective because it is a passive, not active, way of informing the person of their behavior. Don’t expect that it will end the person’s condescension, but sometimes the person be jarred by your tone, providing enough opening for a constructive conversation. It might sound like: “Just wondering, when you said that to me were you trying to talk down to me? Because if you were, it worked!”

5. Explain your own experience
Tell them about your own experience. Make it concise (anyone who talks down to you is going to be ‘all about them,’ and won’t care enough to pay attention to your actual life). Use a neutral tone that authentically intends to be helpful. Don’t say it in a way that is defensive (because that dignifies their effort to make you feel one down). It’s even better if you can support your own experience with statistics or research that reinforce your experience is common.

6. Cite statistics and display your knowledge
If you DO know as much as the person does on the subject, then unleash your ‘smarts’ on them! “Shock and awe” them with a technical or knowledge display that puts them in their place. To the extent that you have expertise in certain areas, you should already have facts handy. Or veer their initial conversation topic toward a related one where you can bedazzle. You might also consider deliberately displaying knowledge about a topic you are a subject matter expert in and then asking them a specific question that will reveal gaps in their understanding. Do it to make a point, but not to be mean (remember you know their behavior is coming from insecurity even if they don’t show it).

7. Display your credibility
Where appropriate, refer to a credibility building fact they may not have been aware of (when I ran a marathon I found that… Or when I wrote the report that…, or when I led the team that…etc) And, if you have had any accomplishment that could be considered unique and awe-inspiring, I’d find a way to mention it in your response!!

Just don’t take the person too seriously. Stay focused on the contribution you’ve been put here to make.