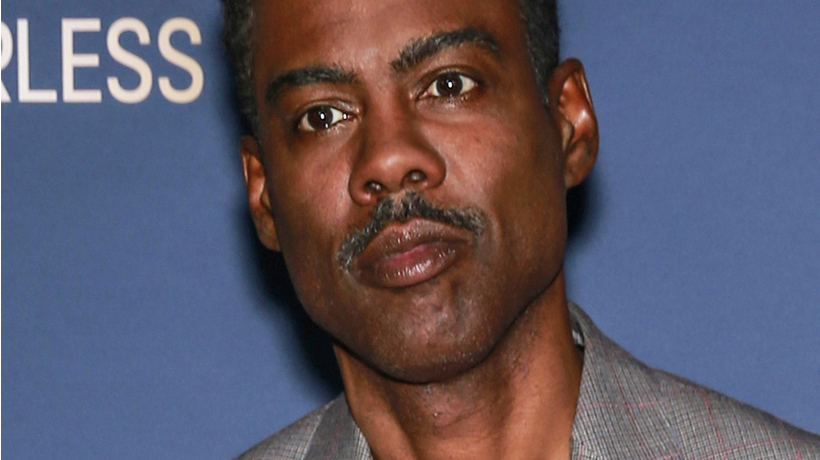 Despite the ‘slap heard around the world’ drama at last Sunday’s Academy Awards —  in which Will Smith slapped host Chris Rock for making a joke about his wife Jada’s hair —  Rock opted to keep the vibe light at his comedy show on Thursday.

On Thursday, the comedian, 57, returned to The Wilbur in Boston, Massachusetts; the same venue at which he broke his silence about the Oscars incident the night before.

Just like he did the night before, Rock began the stage by briefly addressing the slap. However, while Rock ignored the audience’s “Will Smith” chants on Wednesday, last night he responded to one audience member calling out “F— Will Smith!” with an immediate “No, no, no, no, no…”.

Per PEOPLE, when Rock first appeared onstage at the Wilbur on Wednesday, he told the audience that he was “still processing what happened” over the weekend. During his set later that night, he said, “I haven’t talked to anyone, despite what you heard,” potentially addressing claims made by Sean “Diddy” Combs that Rock and Smith had privately made amends after the incident.

As previously reported, the fiasco, which occurred on live TV Sunday night, began when Rock, 57, joked “Jada, I love ya. G.I. Jane 2, can’t wait to see ya.” His quip was in reference to Pinket Smith’s short haircut, which she recently opened up about as being a result of her struggle with hair-loss condition alopecia.

Following the incident, the Academy released a statement: “The Academy does not condone violence of any form. Tonight we are delighted to celebrate our 94th Academy Awards winners, who deserve this moment of recognition from their peers and movie lovers around the world.”

PEOPLE reports that on Wednesday, the Academy said that Smith was asked to leave after the incident but “refused.”

“Things unfolded in a way we could not have anticipated,” the Academy said in a statement to PEOPLE. “While we would like to clarify that Mr. Smith was asked to leave the ceremony and refused, we also recognize we could have handled the situation differently.”

The statement continued:  “The Board of Governors today initiated disciplinary proceedings against Mr. Smith for violations of the Academy’s Standards of Conduct, including inappropriate physical contact, abusive or threatening behavior, and compromising the integrity of the Academy. At the next board meeting on April 18, the Academy may take any disciplinary action, which may include suspension, expulsion, or other sanctions permitted by the Bylaws and Standards of Conduct.”